Päivi Hintsanen: “it is impossible to track the origin of the idea”

Päivi Hintsanen is a Finnish artist who, according to her website, started her artistic career “in cyber world” but “prefer mechanical solutions over digital and personal contact over database based art”.

In her works Päivi mixes different techniques, both traditional and digital.

For example, “Detached” installation consists of ten life size human figures, printed with laser on transparent paper which are collage-like attached to each other with archival tape. All ten, slightly see-through figures are always turned away, despite of from what ever direction you are viewing them.

In “Random Prints” project Päivi left several signed ink prints around the Europe with a letter where she asked people to contact her and tell how the print they found ended up. The first action took place in 2010 and since that Päivi tries to leave more prints every year.

This is only a small selection of her works that hardly could represent the whole range of her projects.

How did you come to art?

I just sort of drifted to this occupation. I did have a lot of visual art hobbies as a child and also later, and my parents would have couraged me to be an artist if I had chosen to be one, but somehow, for a long time, writing was my passion and I first thought I’d be a journalist or copy writer or even a novelist.

According to your site you have started “in cyber world”. But later you say you prefer mechanical solutions over digital. Does it mean you’ve started as a digital artist and later changed your vision? Or there is another explanation?

I started my artistic career by making web art pieces. As writing and texts as art form were closest to my heart for a long time, I first was interested about hyper texts and multilinear narratives and I concentrated on them. Then, a little by little, I started adding some images in hyper text pieces and then I started to make also digital images as themselves, without the narrative or text at all. Sort of stand-alone images. 🙂 And then I just slowly drifted more and more towards visual world and one day I just noticed that creating images in one technique or another had become my day job.

About your first images: what kind of images they were? Were they illustrations to the text, or just elements of design, or, maybe, something else?

They were all these. It sort of grew very slowly from the need of random graphic design into the phase where the illustrations really were as important as the text, if not even more important. 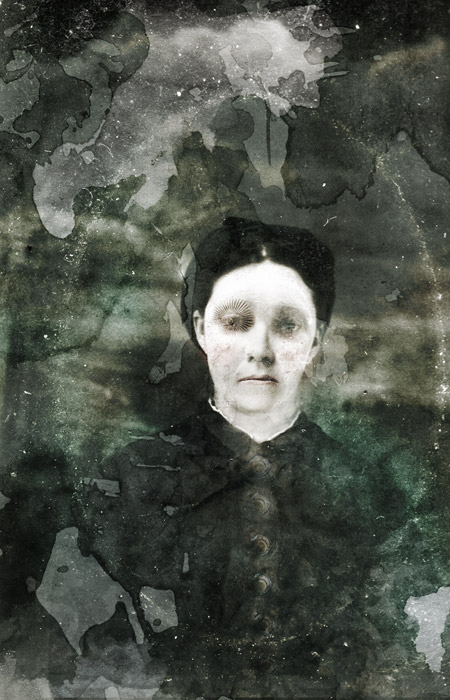 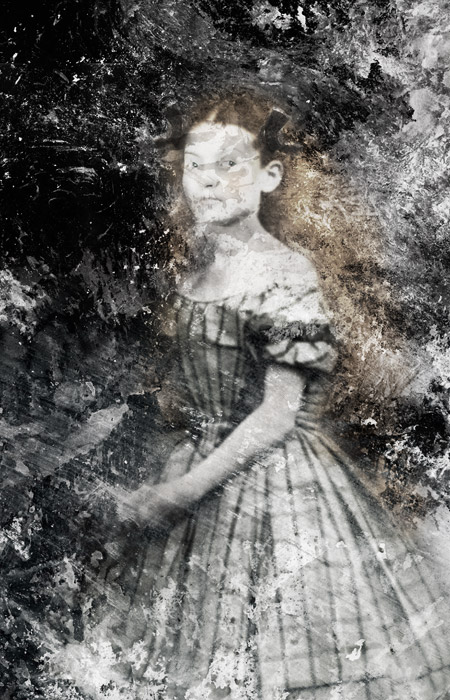 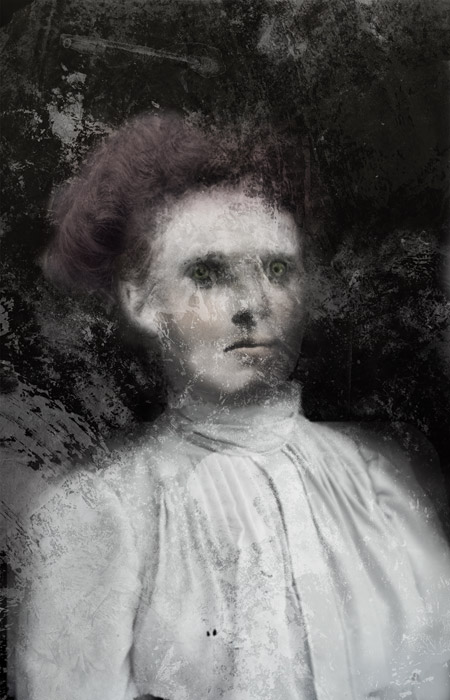 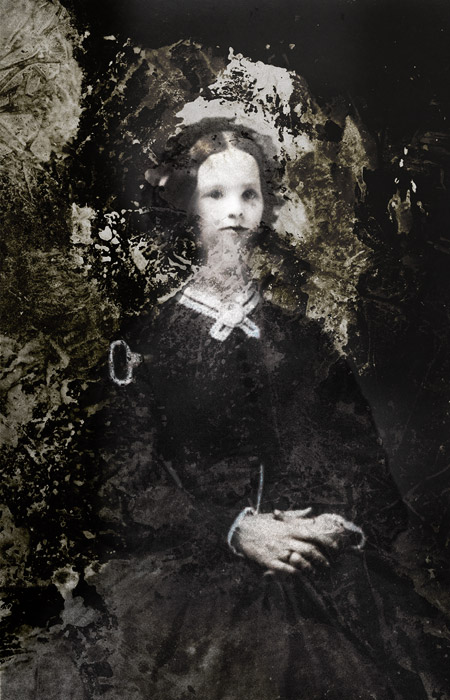 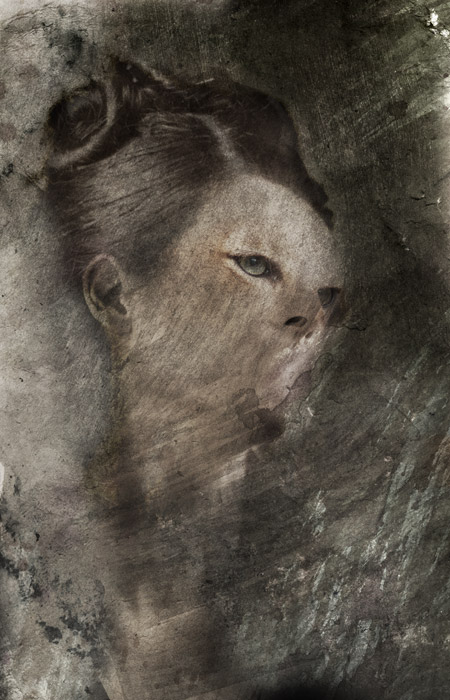 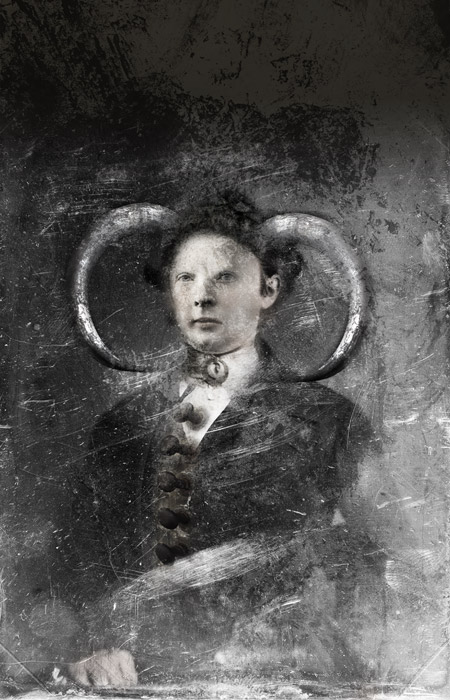 How long ago have you noticed that creating images became your day job?

I think I can say it’s been my main job for about ten years, or maybe more, depending on how I look at it. But about ten years ago I started slowly, step by step, stop my web design commissions and I really haven’t made any new web projects for some years now.

You have different projects with very interesting technology descriptions. Are you interested in technology itself or, maybe, we could read about the method of concrete project and try to find any deep philosophical idea that you bring to us by your art? Or, maybe, technology is not important and we should feel the mood of the image itself?

This is both and both. I’m very interested about technology and science in both using it in my artworks and projects and also following closely to the latest science and technology achievements. Especially in some of my earlier web art works I often used the latest technology then (which is already quite old and dated in this day’s world) to comment on for example the safety of giving your personal information on the internet, or for example the phenomenom like spam.
But when I do not intentionally comment on technology or science, it’s never about the technology or techniques I use, but the artwork itself. I always think first what I want to do, and only then I think about the way I should execute my plan. Then I use digital equipment, if I need to, or turn to traditional painting and print making, if I need to.
When it comes to my images, I’d like to think that their mood is something that people will notice, because that is the most important thing. That there’s something that will connect the viewer somehow, or that it will bring out some feeling in the viewer, whether they like it or don’t.

I hardly can imagine web art that uses such technology as spam. Could you tell more about this project?

I actually made a project called “Uninvited words”, for which I collected all the spam I received in November 2004, and alphabetized every single word. The sheet of the words can be downloaded on the website and also these words read by a computer voice (which were VERY robotic back then). There are also instructions how you can bring spam to every single corner of the world as an installation – and some people really did make the installation for example in one Swedish hill in Lapland and in some Asian jungle… The project was completely bonkers – and I don’t know where the idea to this came either… 😀

Actually, the project is still online with all it’s strange 2005 web graphics (looks sooooo old right now).
I’m not sure if the sound file is still downloadable, it was quite large. 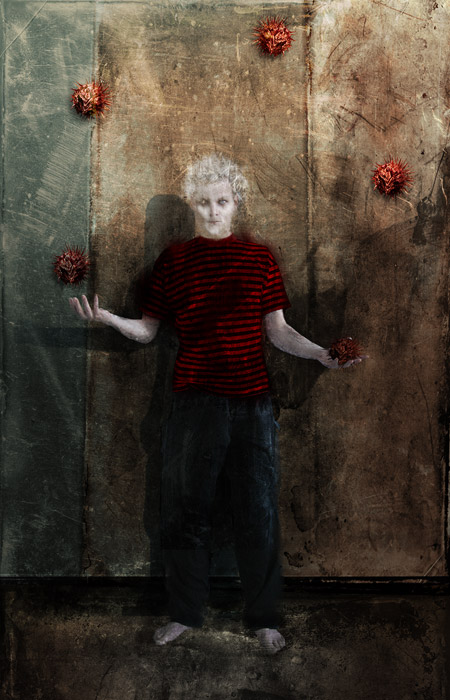 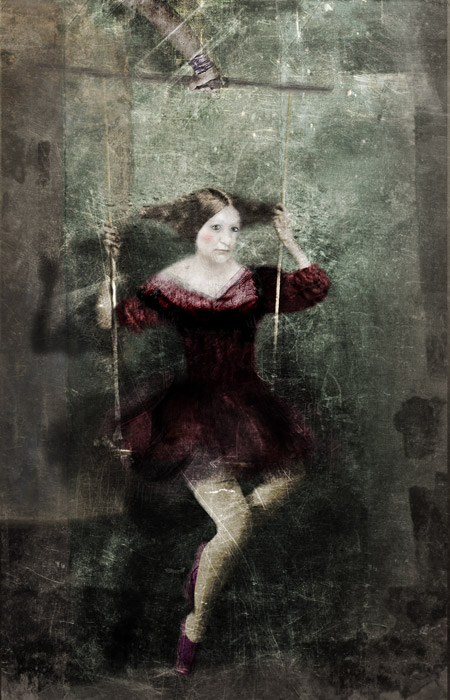 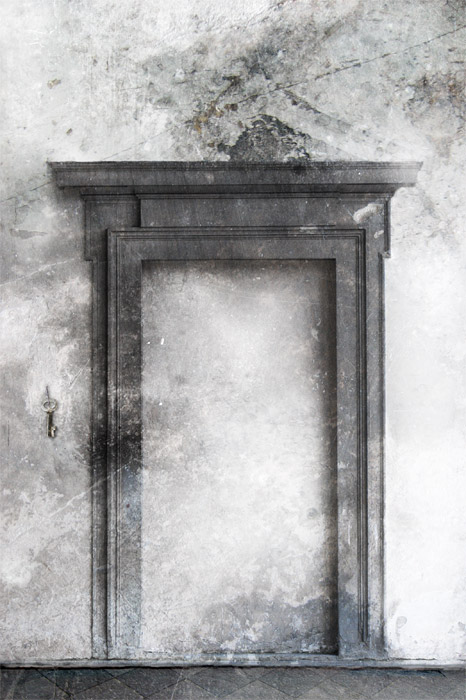 One of your projects that I found very interesting is Random prints project. How did this idea come to you?

I have no idea, where these ideas come from. They just suddenly appear – or sometimes build up so slowly, that it is impossible to track the origin of the idea.

What was the most interesting destiny of your image?

I have received messages almost from all over the world, but the ones with some stories shared are the most interesting for myself. For me the most touching one is this elderly Dutch couple who found the print in while visiting Florence. The print is now framed on their dining room. Every Christmas their whole big family (their children and gran children) gather around the table at the dining room, and I was told, that the story of how the gran parents found the image on their holiday has now became part of their Christmas tradition. (Not this year though, I guess.) 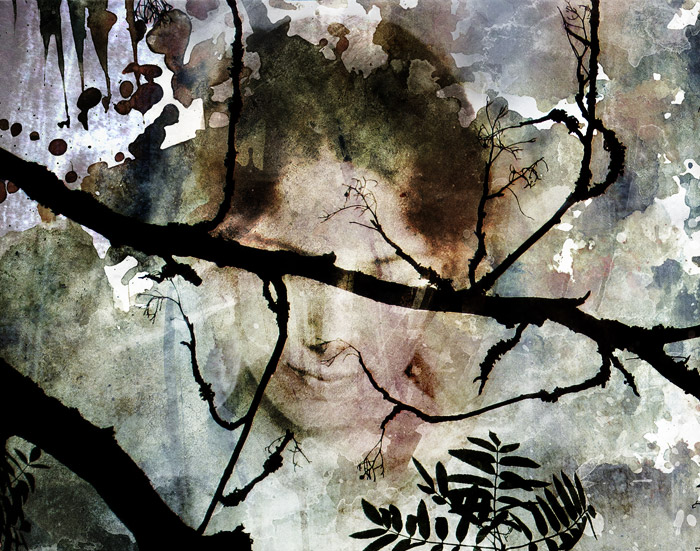 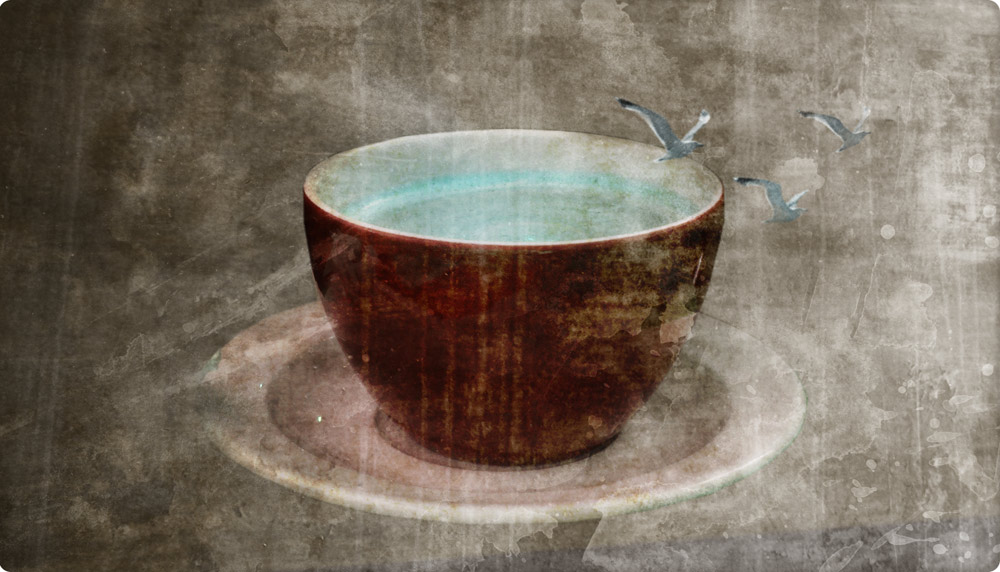 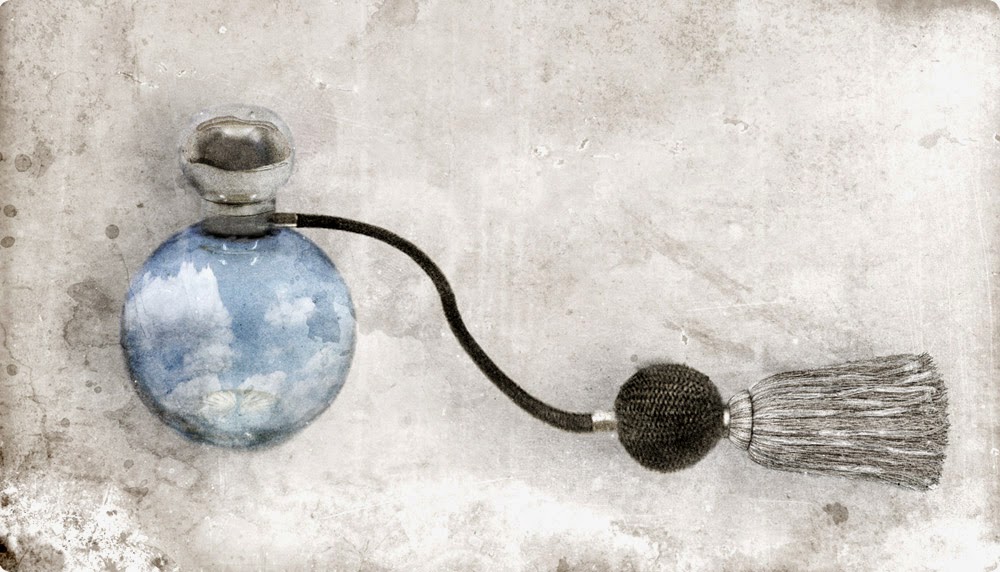 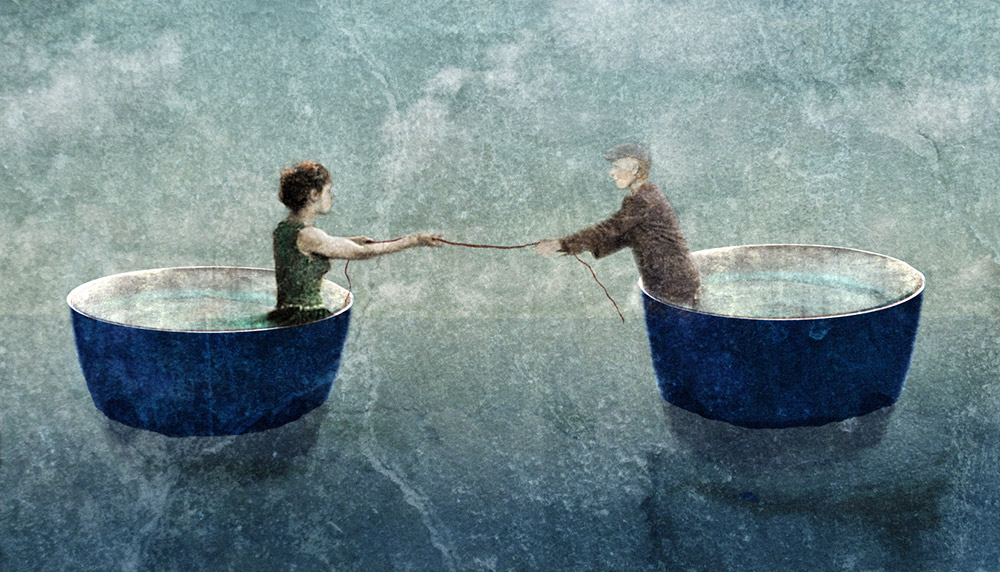 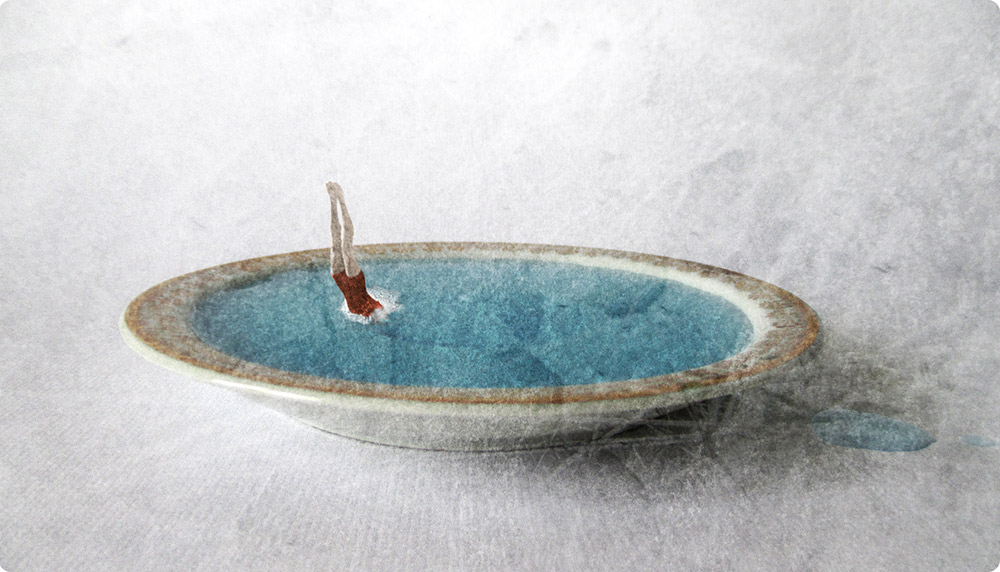 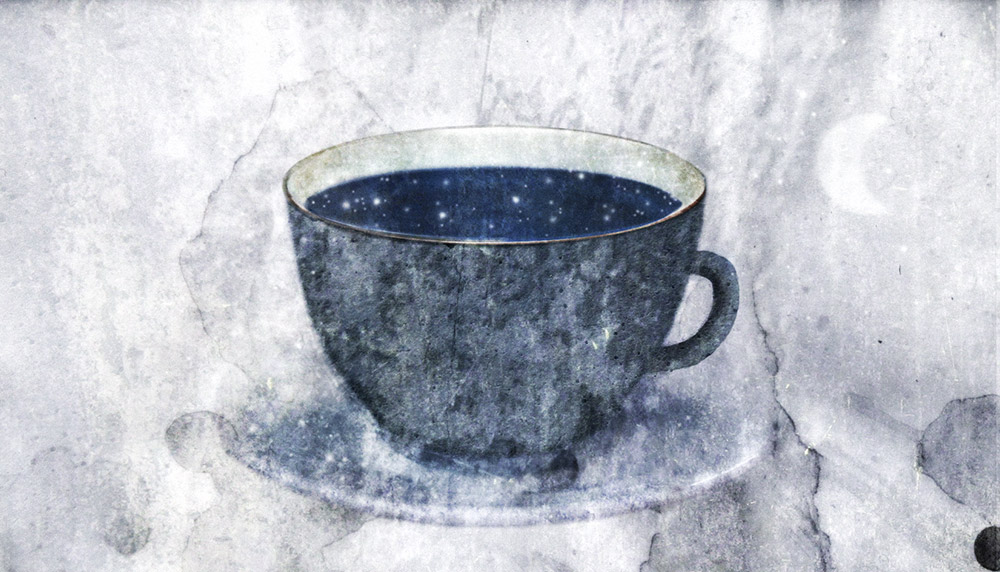 I found you using the #anthotype hashtag. How do you create anthotypes?

In anthotype the idea is to use the poor lightfastness of natural dyes. The paper is dyed or stained with natural dye, a positive film is then placed upon it, and after exposure on light, the uncovered areas then will fade and the positive image is born.

How could you explain your interest in natural dyes?

It’s not just the natural dyes I’m interested in, but colours in general – and not just using them, but I am interested the history of the pigments and the connotations of the colours in different cultures…
Natural dyes came to me as a part of that general interest towards colours. I was fascinated to find out that you can get colours out of many plants that grow around you, and also of bio waste (like onion skins). I like the small-scale experimenting and the adventure of what colour will come out of this specific batch… It also is very stress reliefing work to do – walking around nature and picking leaves for your projects…

I just received a two year working grant from Kone Foundation to work with my anthotype print projects and some more experimental prints. I’m so excited about this chance to use more time on these natural dye based art and that is where I will focus for the next few years.

What should you do in these two years?

I’m especially working with my anthotype prints. I have two installation projects in which anthotype plays very important role, and now I can focus on making these very uncommercial projects fully. I’ll also will be working with some other experimental techniques, combining digital printing and those historical earth pigments. 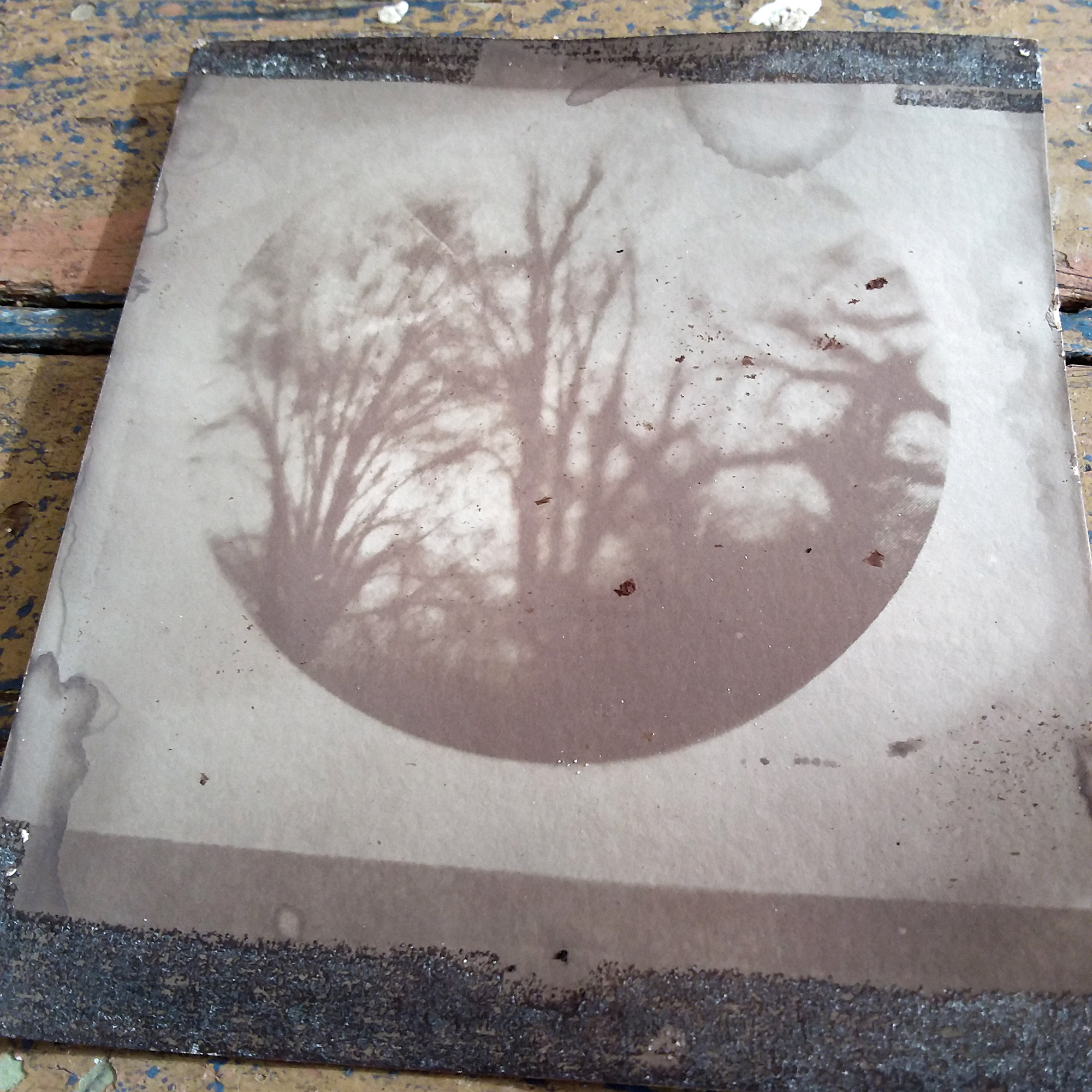 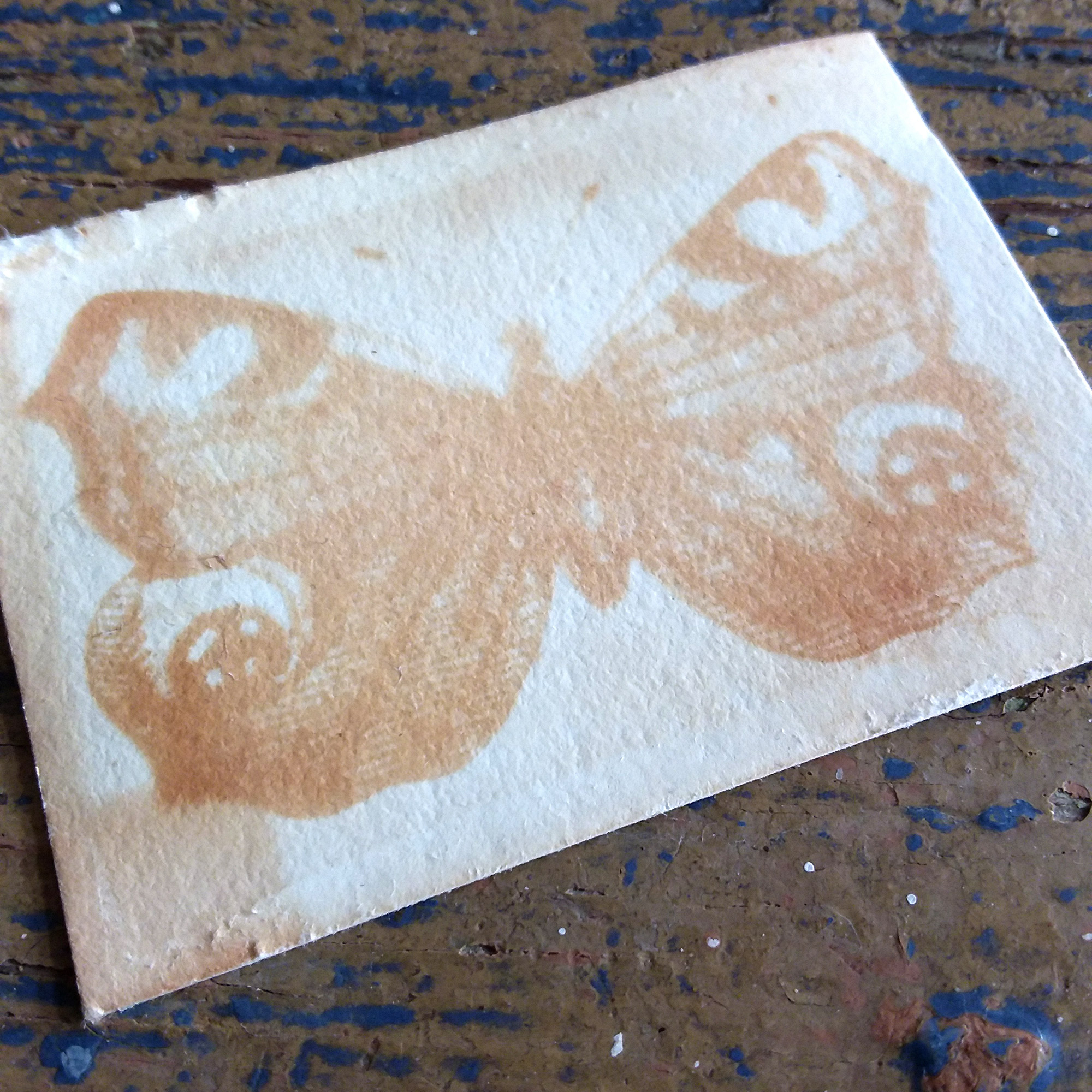 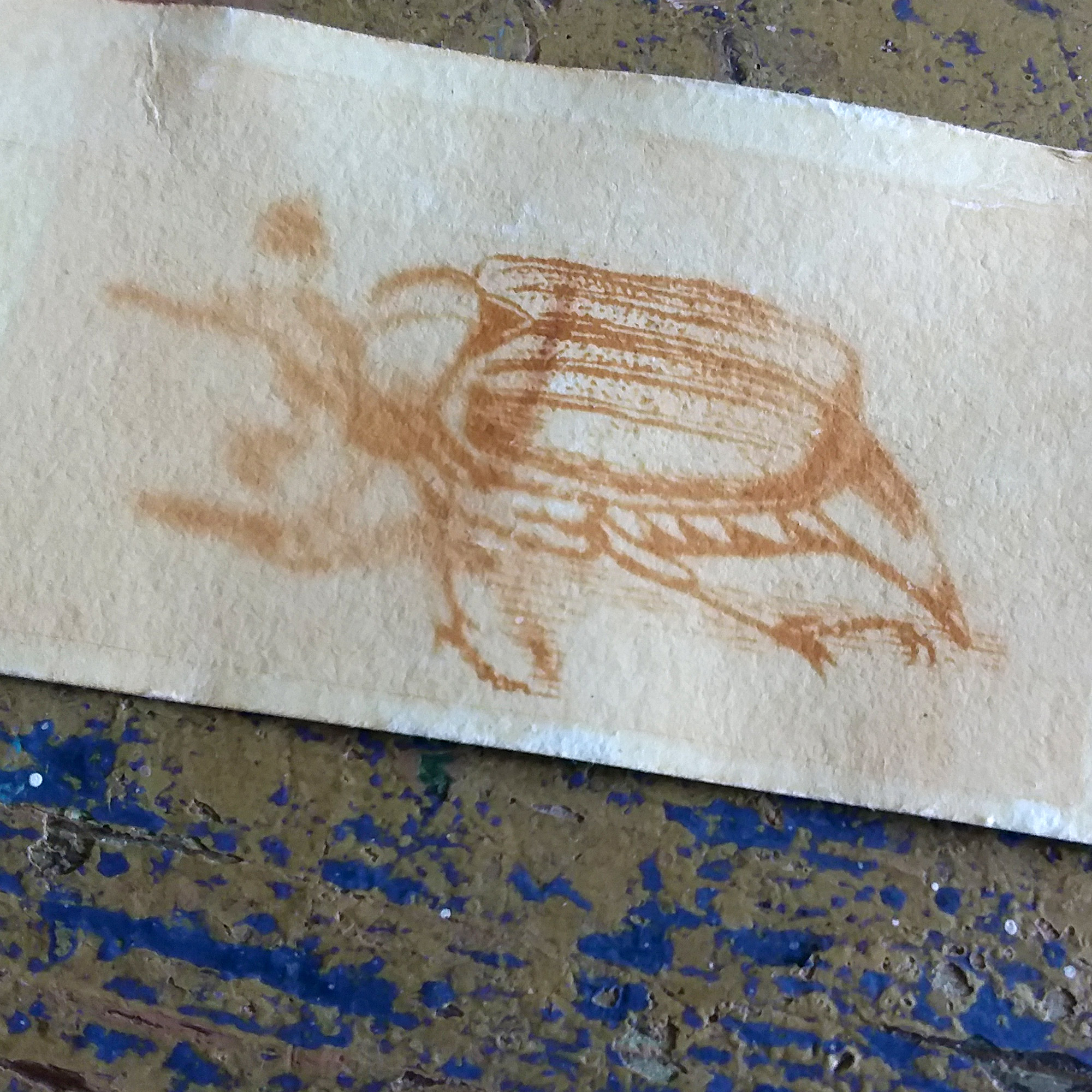 The history of colours is very interesting, but I guess this would be a very long story, much longer than the size of our interview. Have you told about it somewhere before?

Actually, I haven’t written “officially” about colours that much, only a few columns here and there. But in 2000 I put online my (almost text based) website www.coloria.net – which is focused on colours in all possible ways, and in Finnish only. I guess there is about few thousand pages on dyes and pigments and colours in history and various cultures…

Earlier I just wanted to keep this whole colour thing purely as my hobby, but now I can’t be any more happier that I can work with colour every day.

Also it is interesting if you analyzed the sources of natural dyes. Which sources are the best for this or that colour?

Oh, there are so many, it’s hard to mention just a few. Traditionally there are three historically important dye plants in Europe, madder (Rubia tinctoria) which was the source of red alizarine, weld (Reseda tinctoria) as a source of yellow, and woad (Isatis tinctoria) which was the source of indigo, before indigo of the Indigo tinctoria was being imported in Europe, and then there were a bunch of local plants used by people to make colour for themselves, and I will test all possible dyes as widely as possible. But at the moment I’m more interested in those not-traditional dye sources like weeds and biowaste (like those onion skins)…

I write a project blog called Anthotypical.
Of course there is now some malfunction which I haven’t been able to fix yet (I’ll probably change the theme totally during the winter holidays), but all my postings so far can be found under menu title Anthotypical project diary. 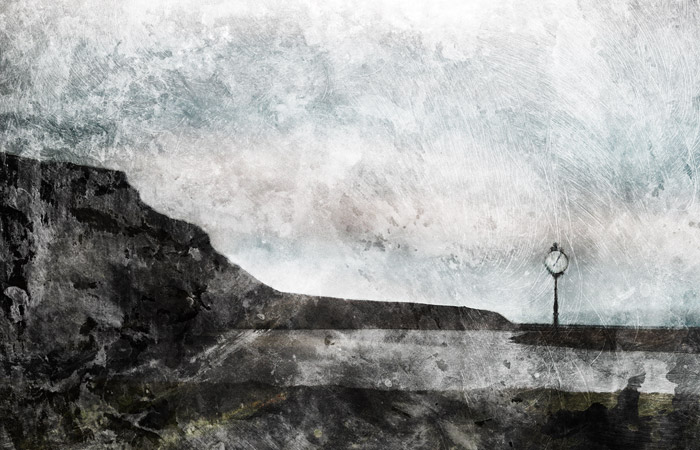 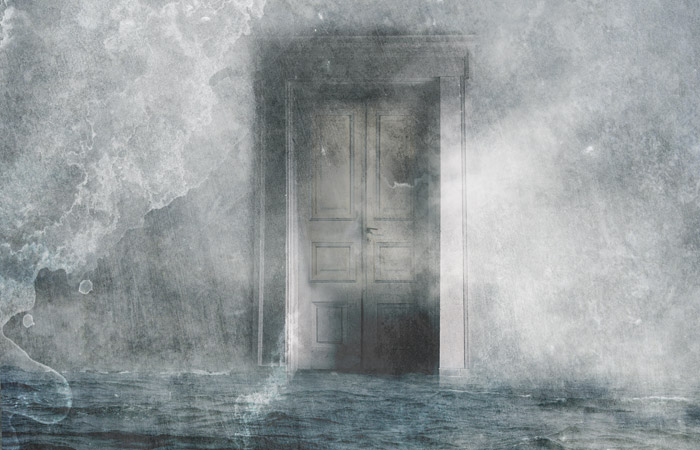 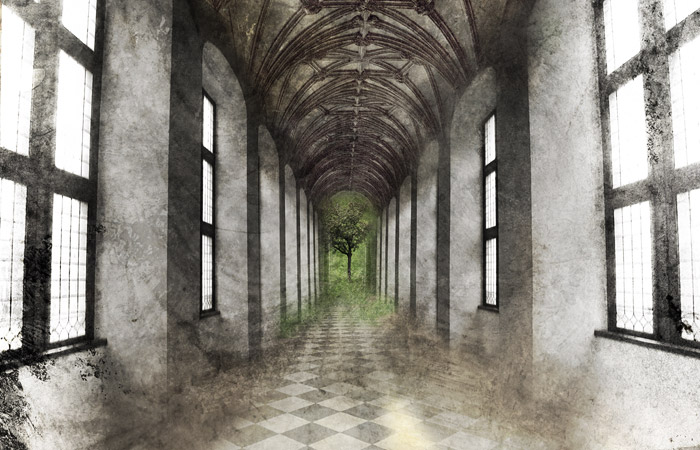 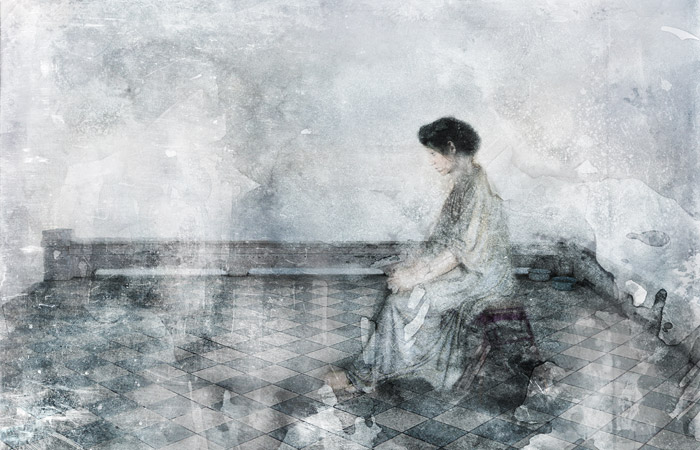 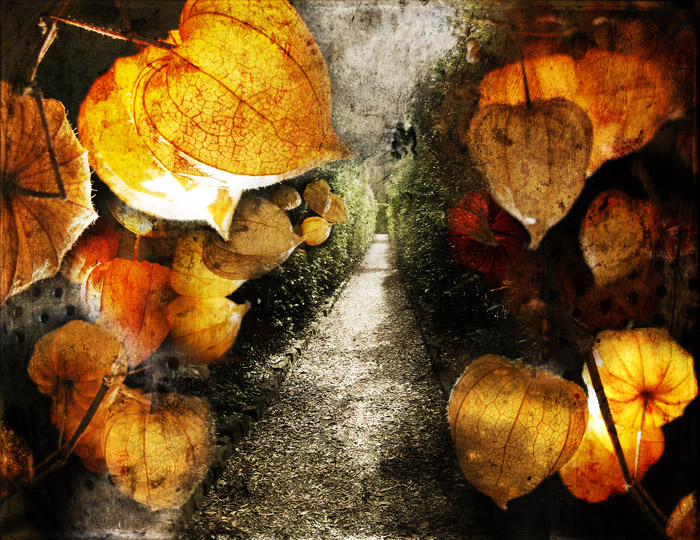 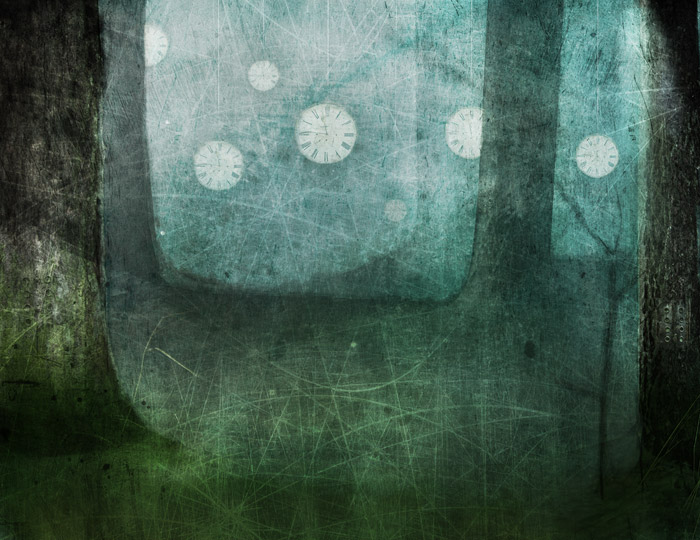 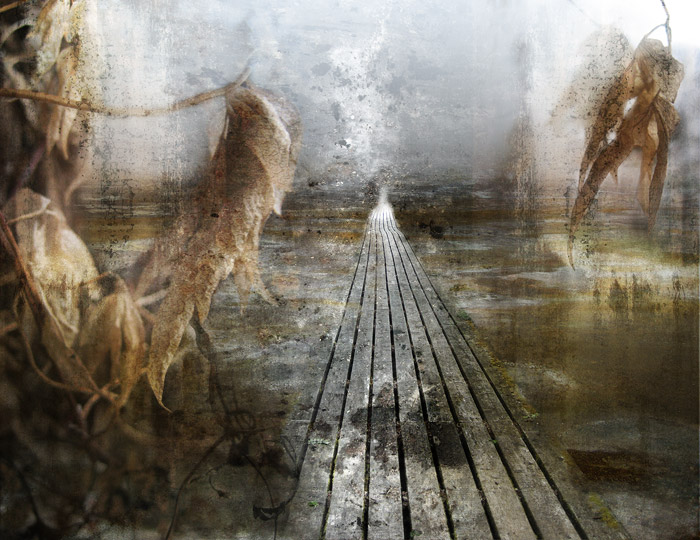 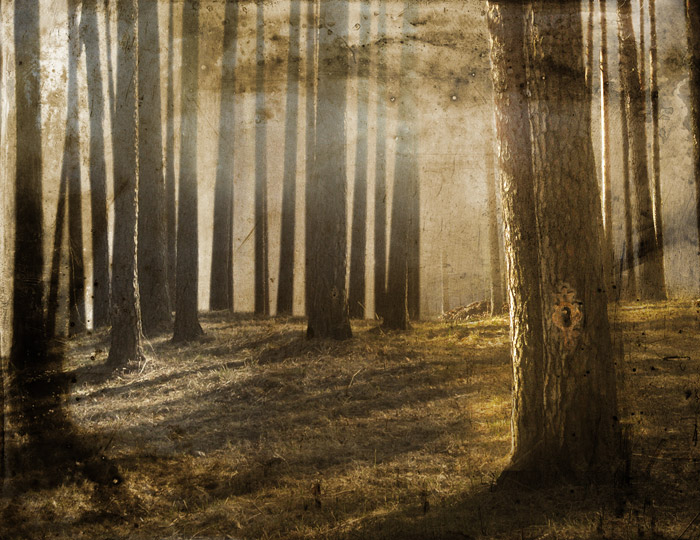 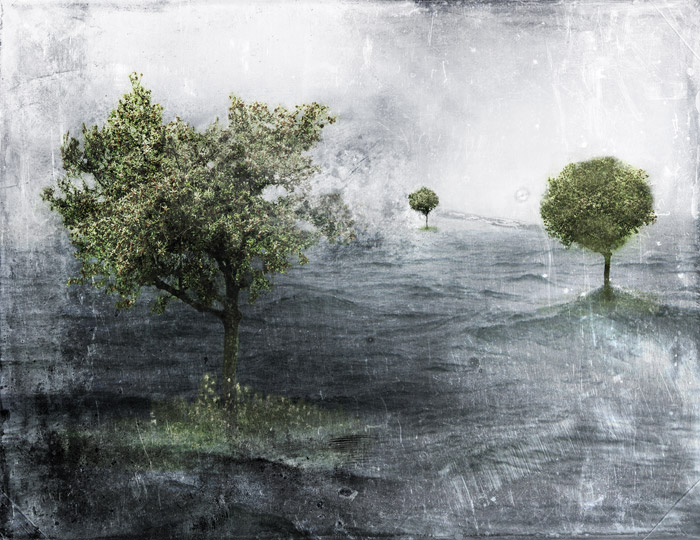