Scoring the Pandemic, Contagion, Tells the COVID-19 Story in Music 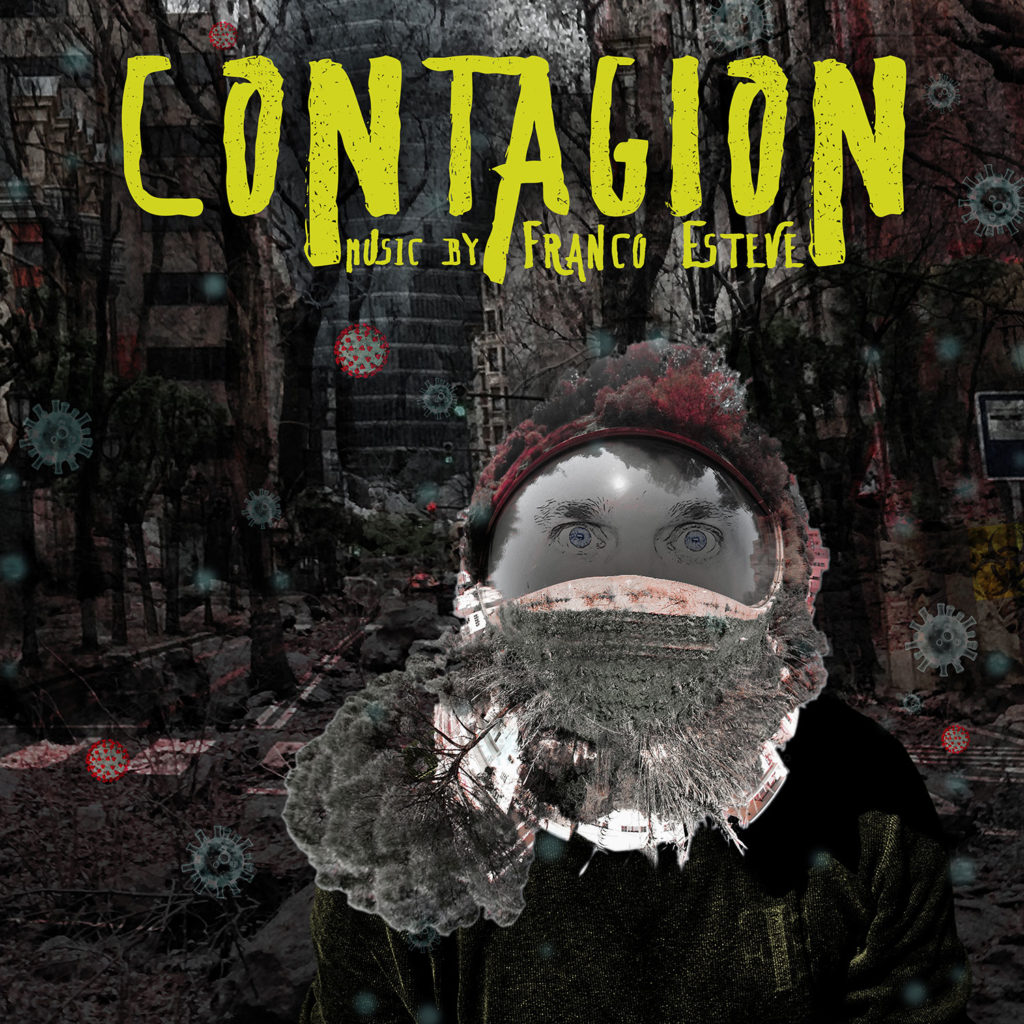 While the multi-disciplinary artist and composer is known to create music with a film focused, story-driven approach created to elicit images and feelings in listeners, this latest work, “Contagion”, draws directly from the Covid-19 pandemic experience, expressing it in music.

Esteve is an award-winning filmmaker and composer, and soundtrack lovers in particular will be keen to appreciate the story and personal “movie” that the album is meant to evoke. Jamsphere Magazine has said about the composer: “To say his music is cinematic is all too obvious and Esteve’s ability to create simple and emotive musical narratives is a rare gift to be admired…Esteve’s music has a universal appeal that will attract audiences of many cultures and musical tastes.”

“Contagion was really an interruption, similar to what’s happened to all of us with the quarantine. As the pandemic overtook all media, it was this music that needed to be expressed, seeing the virus spread, the people spreading it, friends and family infected, and the loss of loved ones. The contagion overtook me, and wouldn’t let go until I’d expressed its story in music.”

Esteve sees “Contagion” as the soundtrack to the pandemic, to many people’s own experiences throughout the quarantine or through the illness itself, taking elements of the Covid-19 story and giving life to them. “Everyone’s relationship to the virus and the quarantine is different. I’ve been spared illness, but have experienced the loss of loved ones and some close calls with the virus. Contagion became more than just the expression that I couldn’t shake, but also a way to honor the people and experiences of a worldwide trauma we’re all going through.”

You can listen to “Contagion” and find more information at Franco Esteve’s website. It is also available on CD and Digital Download on Amazon, iTunes, Bandcamp, and for streaming on Apple Music, Deezer, Spotify, and on all the main music streaming services and online stores. Please visit “Contagion” at Franco Esteve’s Official Contagion Album Page:

Here is what Franco Esteve says of his creative musical compositions: “For me, composing music is a process of exploration, which is why I’m so drawn to it. There are so many places to visit and explore and express. I think music can act as a live entity within a story, regardless of where or what inspires it.”

“Contagion” is a contemporary classical, life soundtrack, concept album, that scores experiences of the Covid-19 pandemic. It’s a story-driven, orchestral soundtrack to life itself. The music and specific instruments and sounds are meant to evoke images and feelings within your mind, projecting your own life’s experiences into your own personal film.

Franco Esteve is a multi-disciplinary artist – a Composer, Filmmaker, Writer, Photographer, and Artist. He expresses himself artistically in many ways and through different media. Born in the Caribbean island of Puerto Rico, with a globe-trotting background, Franco Esteve is as varied as they come. He won the IndieFest Award of Merit in 2015 – Best Original Score – Consequence, The Doll Chronicles Soundtrack.

His multicultural upbringing throughout the United States and Europe led to his adoption of the concept of everywhere and nowhere for his views of life, origin, and culture. The same has applied to his professional life as well, covering a multitude of disciplines, feeding his thirst for knowledge and expression. He’s strived to transmit and communicate that through his various artistic and musical creations.