Shadow Assembly: “I try to not revisit the same topic”

The debut album, ‘Ghostcrawl’, was a collaboration between Louis and Brandon Pybus of Sonsombre.

The second album, ‘Arcane Fusion’, is a collaboration with Michael’s favourite vocalists in the global Gothic/Darkwave scene. 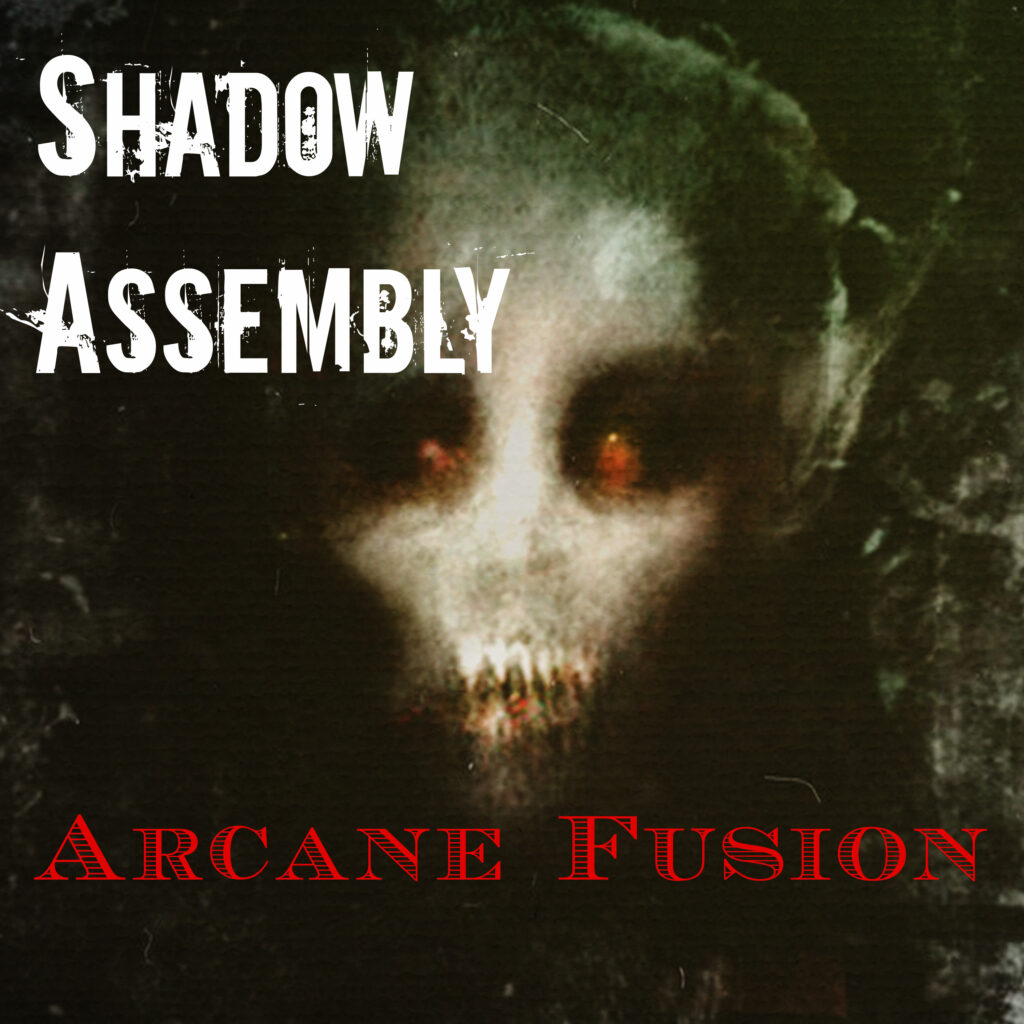 Why have you chosen classic Gothic Rock in 2020?

Gothic Rock has been a passion of mine since I was a teenager.  I didn’t set out to have a “classic” sound.  After many years of playing in, or on other people’s projects, I am at the point in my life where I enjoy writing what comes natural to me, without any pretense.

I am a child of the 70’s and 80’s, which is where most of my musical influences stem from.  I suppose it’s only natural my music has a “classic” Goth flare to it as it remains my favorite genre.

I do love a lot of the new Gothic bands (of which there are many), but I suppose my music reflects the older bands that defined the genre, which were ever-present during my formative years.

Like most people nowadays, I do all tracking and (for the most part) production and mastering on my own.  Everything is digital vs. the analog techniques of the classic Goth days.  I have taught myself how to be an audio engineer, mixer, and producer in being able to do everything at home, by myself.  And while the process is still DIY, I use all modern tools to make my music.

As I understand, the main difference between your new release and the previous one is collaboration with different vocalists. Was it hard to find them? Did anybody refuse?

It wasn’t hard to find them, fortunately!  Everyone was excited to participate, which was great.  No one “refused,” but some vocalists that I asked to participate were busy doing other things, or didn’t have the time or resources to participate due to COVID hitting the economy as brutally as it did. 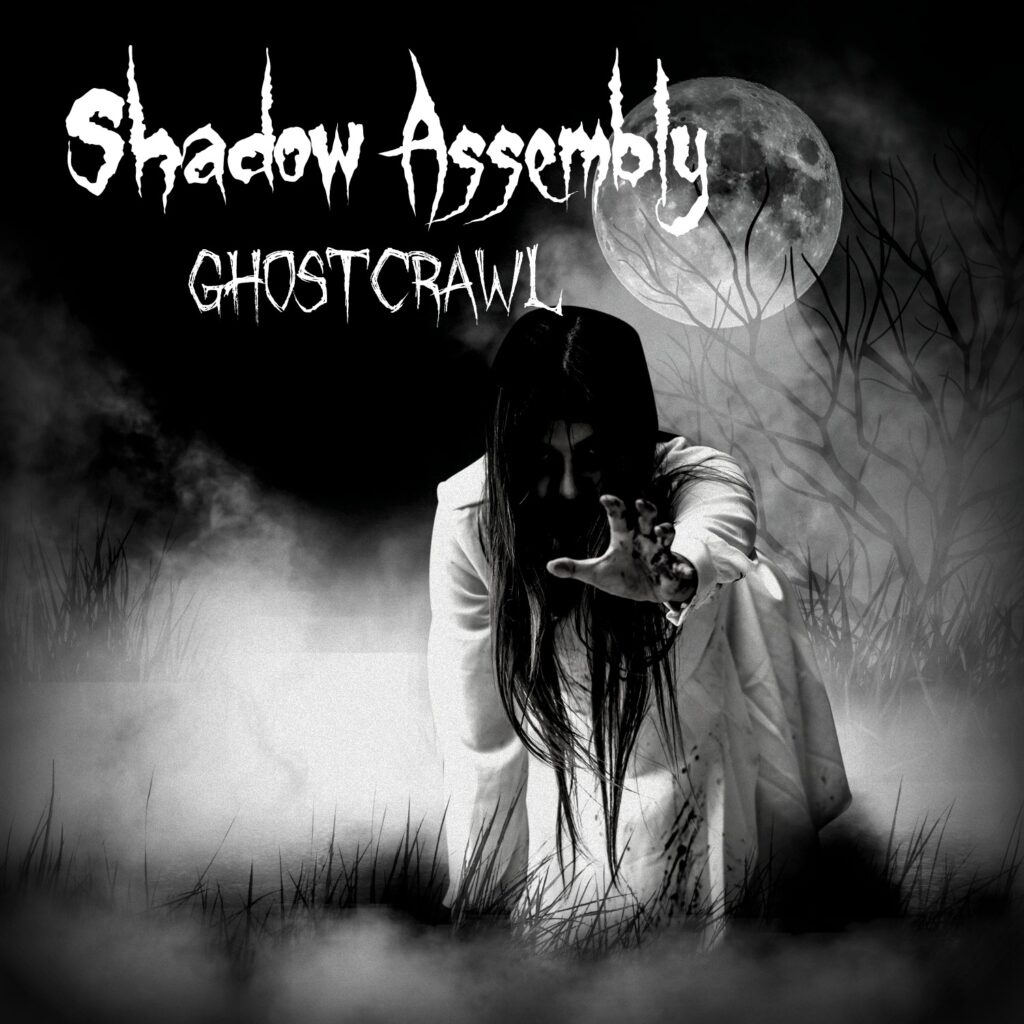 What is more important for you: text or music?

They are equally important to me.  They are both components of the final product.  I always work to make the music fit the mood of the lyrics and/or visa versa.

Does your music have a concept?

I don’t really have any one particular concept to my music, nor do I have any one particular message.  It’s always a challenge to tie songs with varying concepts into one package/album, but given the nature of what Shadow Assembly is (a collective), it wouldn’t work to keep it as just one concept or theme.  I like some diversity between songs.

If I write on a topic lyrically for a song, I try to not revisit the same topic unless there is a new angle to explore.  I also like my songs to be as different as possible, sonically.  I use varying guitar, bass, and vocal effects in each song to create different atmospheres, based on the nature of the song.  A song about my distaste for religion will have a different production approach than a song about sex.

Shadow Assembly is an old-school Gothic Rock/Darkwave recording collective. But when I open information about another group where you participate, Chronic Twilight, I see one more 80’s inspired Gothic Rock/Darkwave band. What was the reason to start a new project? What is the difference between them?

The difference is that Chronic Twilight songs are written for my vocal capabilities.  I have a lot more room to move musically in writing Shadow Assembly songs, as they are meant for singers who have varying vocal presences and capabilities.

According to the information from the internet, both bands are recording collectives. Does it mean that you don’t have live performances?

That is true.  There are no live performances.  That is because, with Chronic Twilight, and until recently, I have been a one-man-band.  I could, in theory, perform a fledgling rendition of the songs before an otherwise uninterested crowd here in Nashville, TN but it would come across like karaoke, which wouldn’t feel satisfying in any way.  When I perform live with a band, my preference is to play bass or drums as they are my strongest talents.

Shadow Assembly isn’t a live project because I am working with singers from across the globe.  It would take some serious financial backing and planning to get us all in one venue at the same time, for a performance.

Do you have any other projects?

I do have sporadic musical education.  My first instrument was drums and I took lessons during the first couple of years I started playing.  I self-taught myself string instruments during my teenage years, and in college I took voice lessons and studied music theory.

The fire that started the burning passion for music in me was Rush.  I discovered Rush at the age of 9 and was hooked from then on.  Later on, I would develop a taste for Gothic, Punk, Glam, and other subsequent genres.

I wish music was my only job, but unfortunately there is no way to make a living off of it anymore.  My current day job is Chief of Staff at a tax and investment firm.  It in no way reflects my musical pursuits!

Music that has the greatest influence on me (other than Rush) can be narrowed down to all things Peter Murphy, The Cure, and Rozz Williams.  I listen to a lot of different genres of music; however, I express myself best through “darker” music.  Granted, I can enjoy Parliament Funkadelic as much as I can Xmal Deutschland but in different ways, obviously.

I hope to release a new Chronic Twilight album in the spring/summer of 2021.  I recently hooked up with a vocalist and songwriter, Kyle Andrew, who is joining forces with me for future Chronic Twilight releases.  We are currently writing and recording ideas that I am really excited about.  I love not having to worry about writing music specifically for my voice.

I plan to take a break from Shadow Assembly co-writes for a few months, and then get back to it in the New Year.