Niels Hansen: “Light and form are the most important for me”

Niels Hansen is a pinhole photographer from Denmark. We found his Instagram page very interesting so we decided to ask him if he would like to do an interview with us. 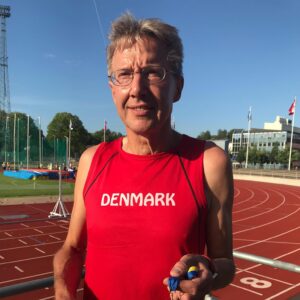 As I see, the most part of your pictures in Instagram were made with a pinhole camera. Why have you chosen pinhole?

First: a Pinhole Camera or Camera obscura is a box with a small hole, typically around 0.20mm, with a piece of film or photo paper behind it. Art historians has recently claimed that Leonardo da Vinci, Caravaggio and Johannes Vermeer painters from the 16th century used Camera obscura for drawing perspective. I have always wanted to try pinhole and I did it this January, so I have been working with it for 11 months now, and it is a very demanding metod because of the long exposures, and you often have to guess how much of the image you get on the film, but you get used to it, and when you master it you get dreamy, enigmatic and sometimes spooky images in reward; plus you also get exciting beams from the sun (these beams are deleted by optics on a normal camera or cell phone). These beams can be used in a creative way. I really think I have found my “voice” with pinhole, I have been photographing for many years both with film and digital camera and have nearly always been working in B&W with landscape or details in nature. With pinhole I have found that it works very well with urban work and it is very easy to make the images a bit abstract. Every day people around the world are taking millions of pinsharp images. If you want your work to be shown in galleries and museums, I think, you have a better chance to be recognized by curators if your works are anything but sharp (pinhole images are “sharp” in all of the image, but all of the sharpness is wooly). Besides that digital photo was starting to bore me, it is a bit too easy. With film you can fail: when you make the image or when you develop the film it is always exciting when you take the film out of the develop can and you just have to look at the still wet images against a bulb to see if you have succeeded. There is more adventure in film photography. 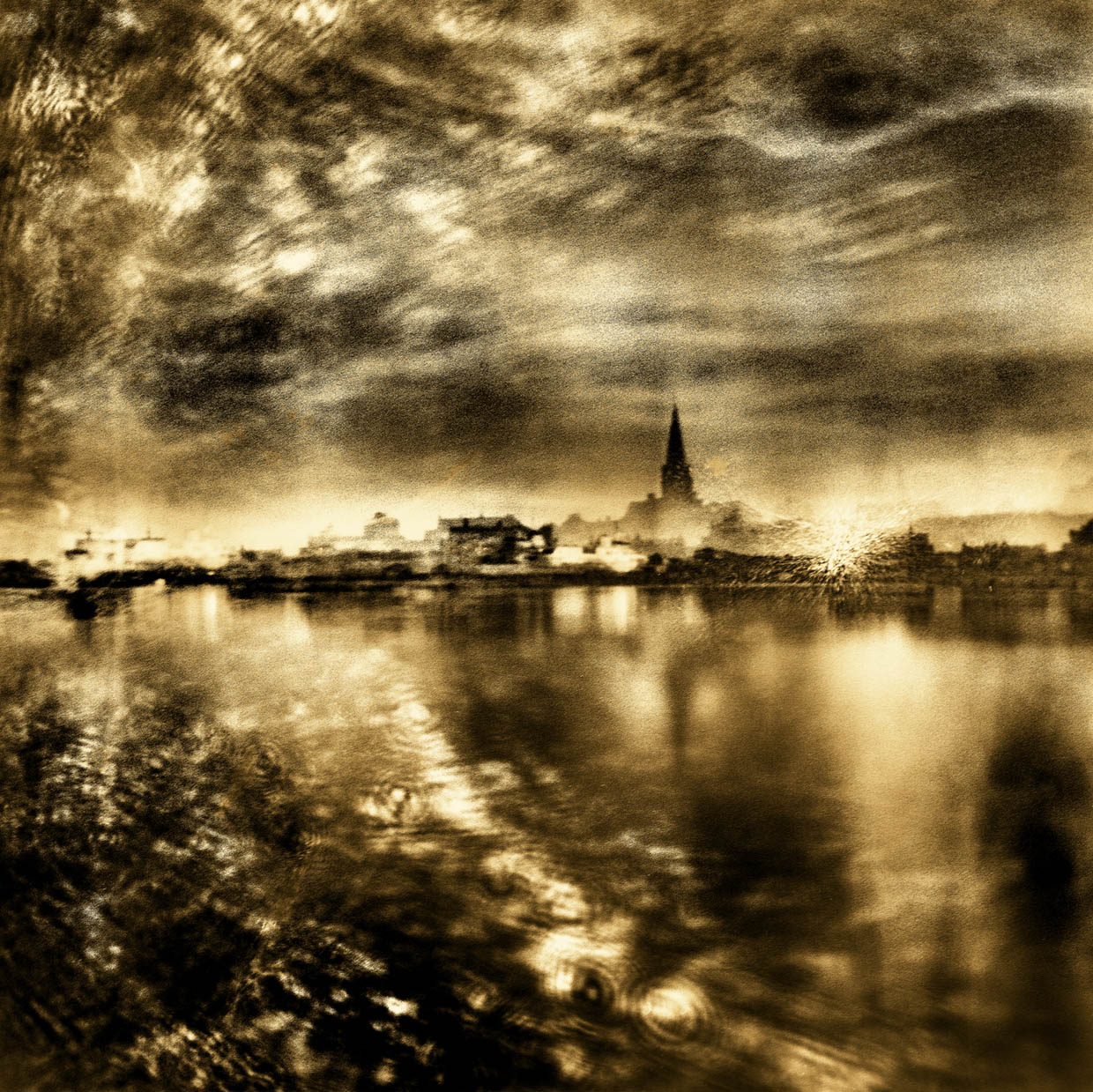 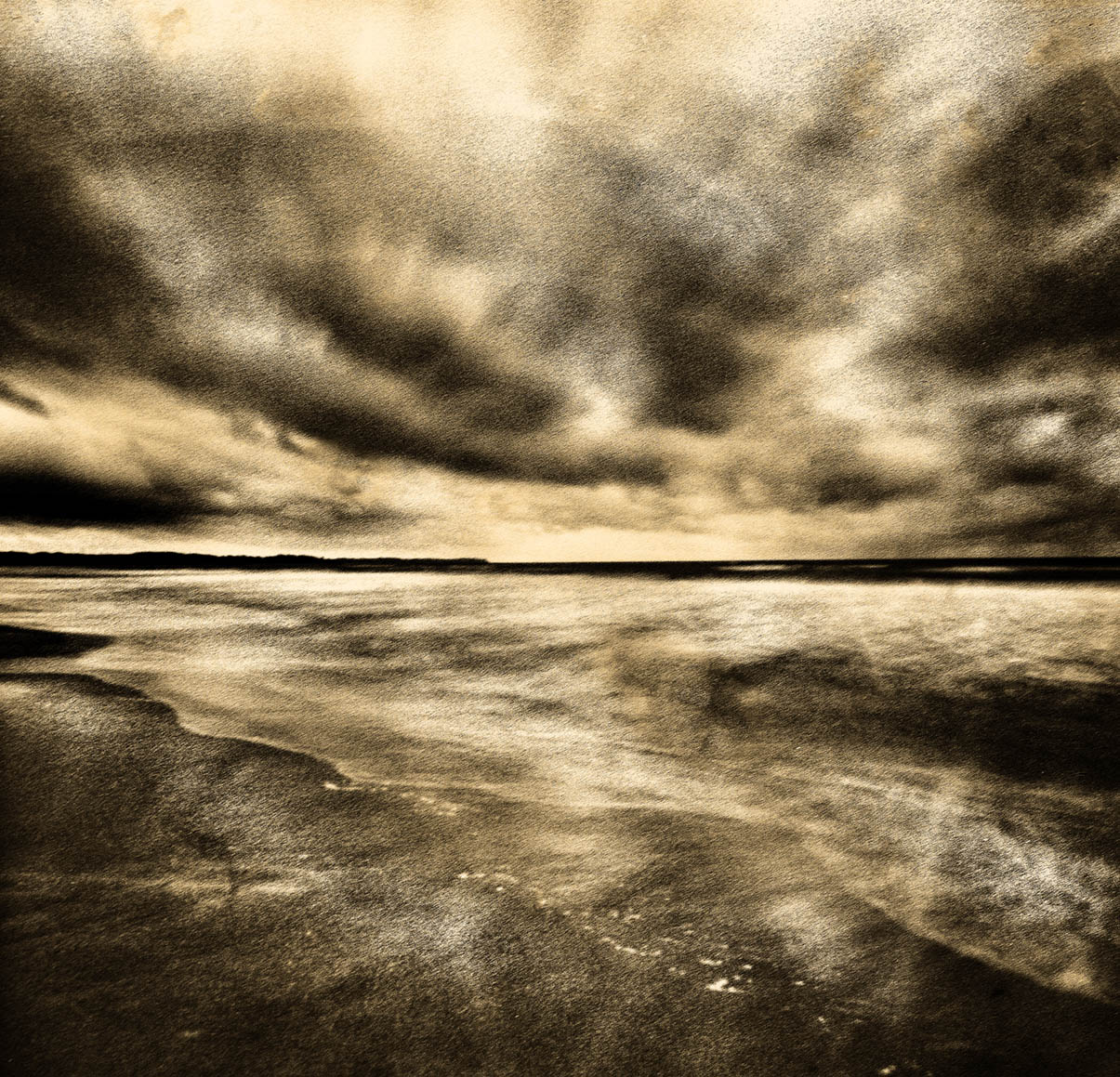 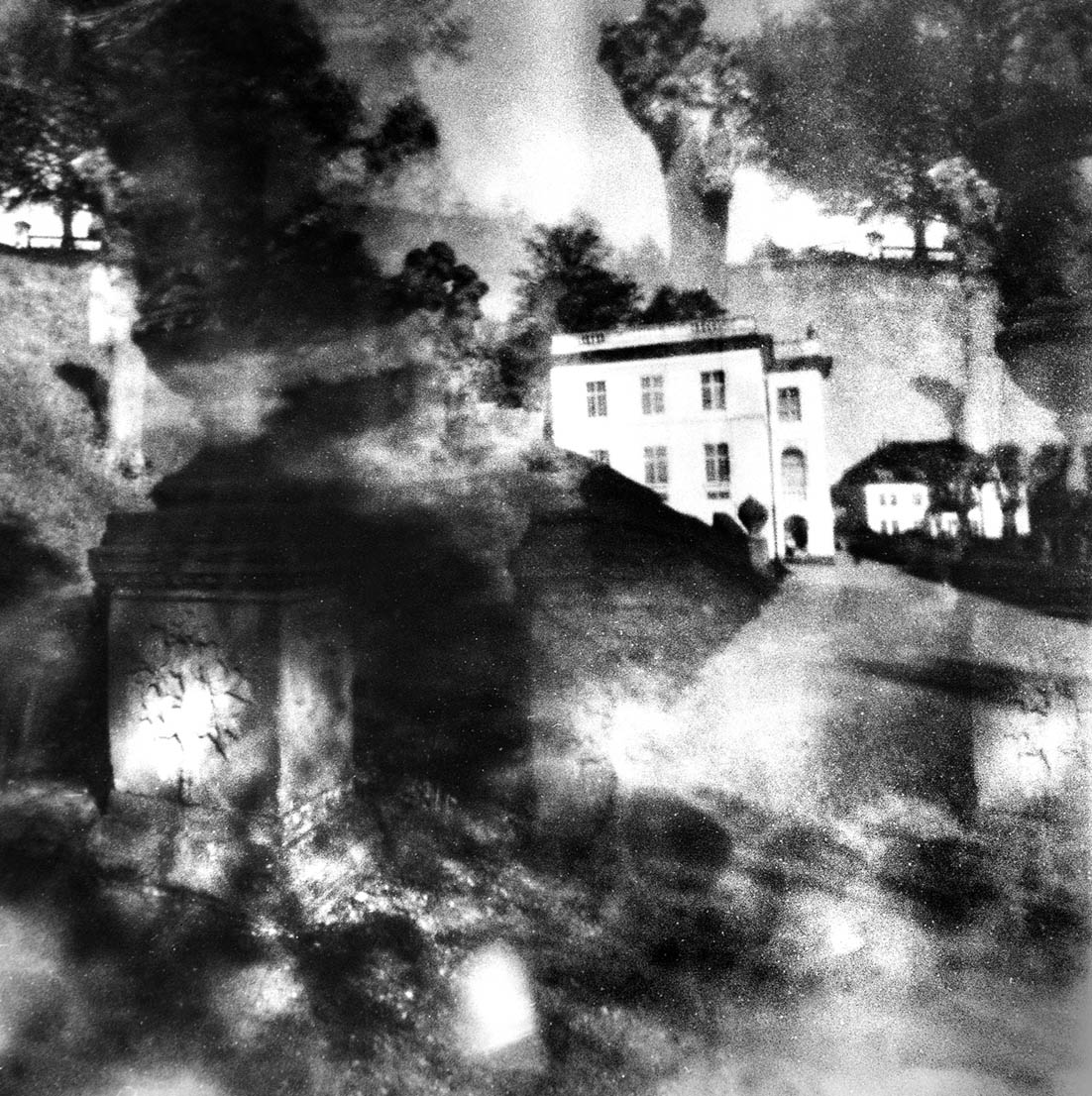 Do you work in any other genres?

I still work with digital photo and sell a lot of color prints from that, but I don’t consider it is art, it’s too literate (you see all the content in one look). B&W works sometimes in digital, but it can be difficult to make a realistic conversion. My digital work is mainly landscape and close ups, of forms and light in nature. I have often worked with details, because it has the advantage that you don’t need to travel to fancy places to photograph, you can find them everywhere. Anyway who cares if another photo is taken of Grand Canyon! This is the fantastic thing with pinhole photography that you can create dramatic images out of nothing if you figure out how to do it. 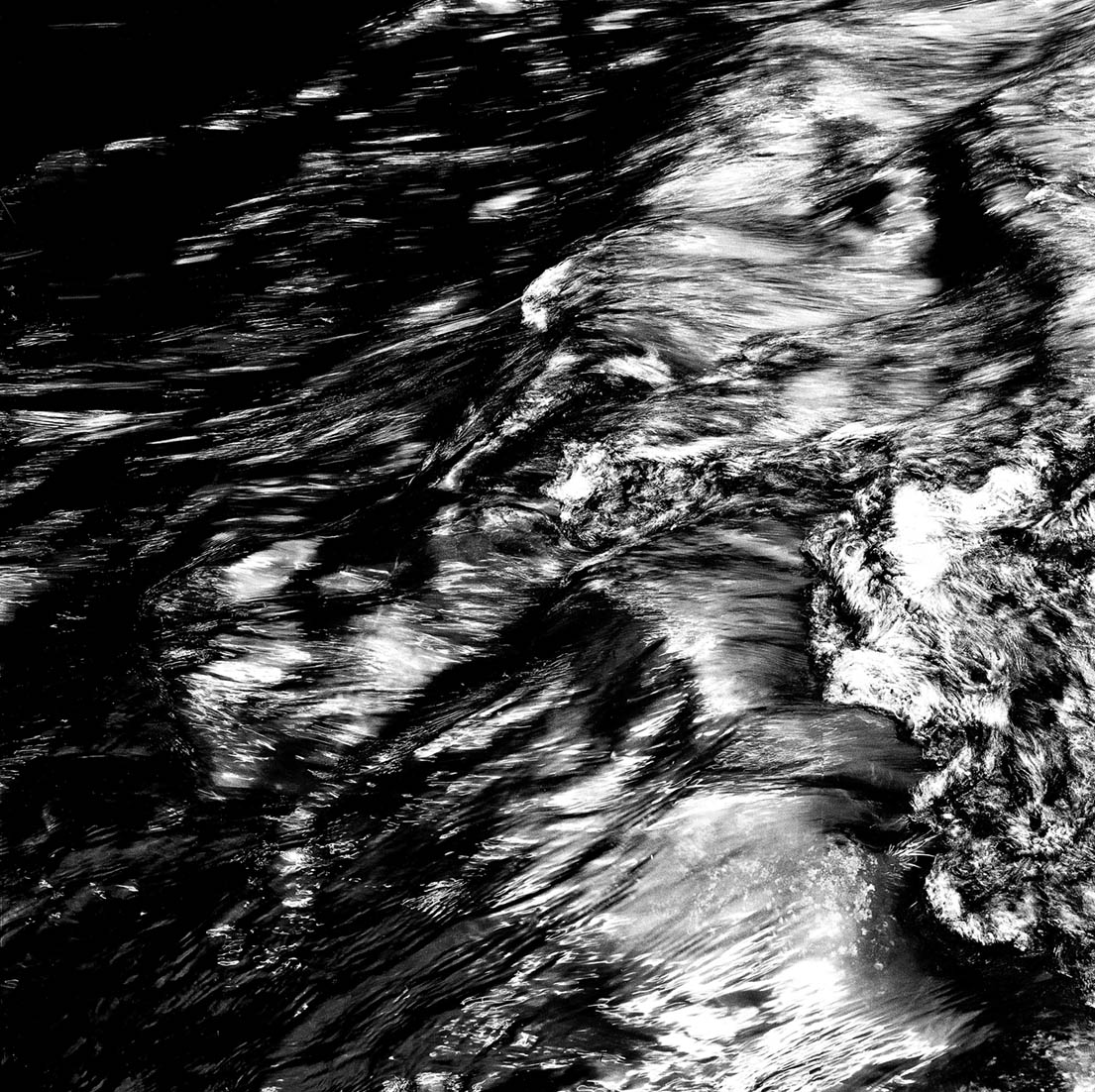 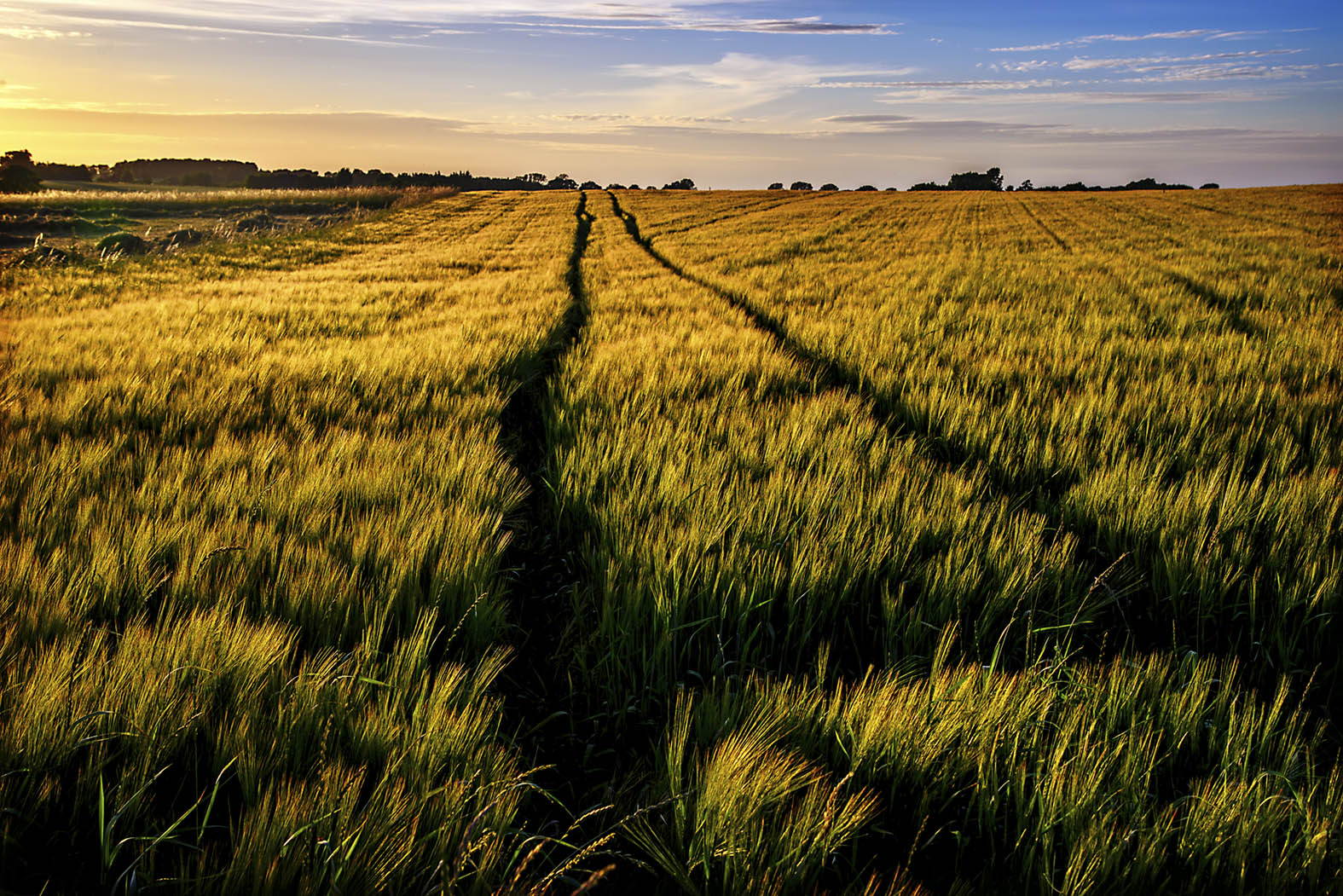 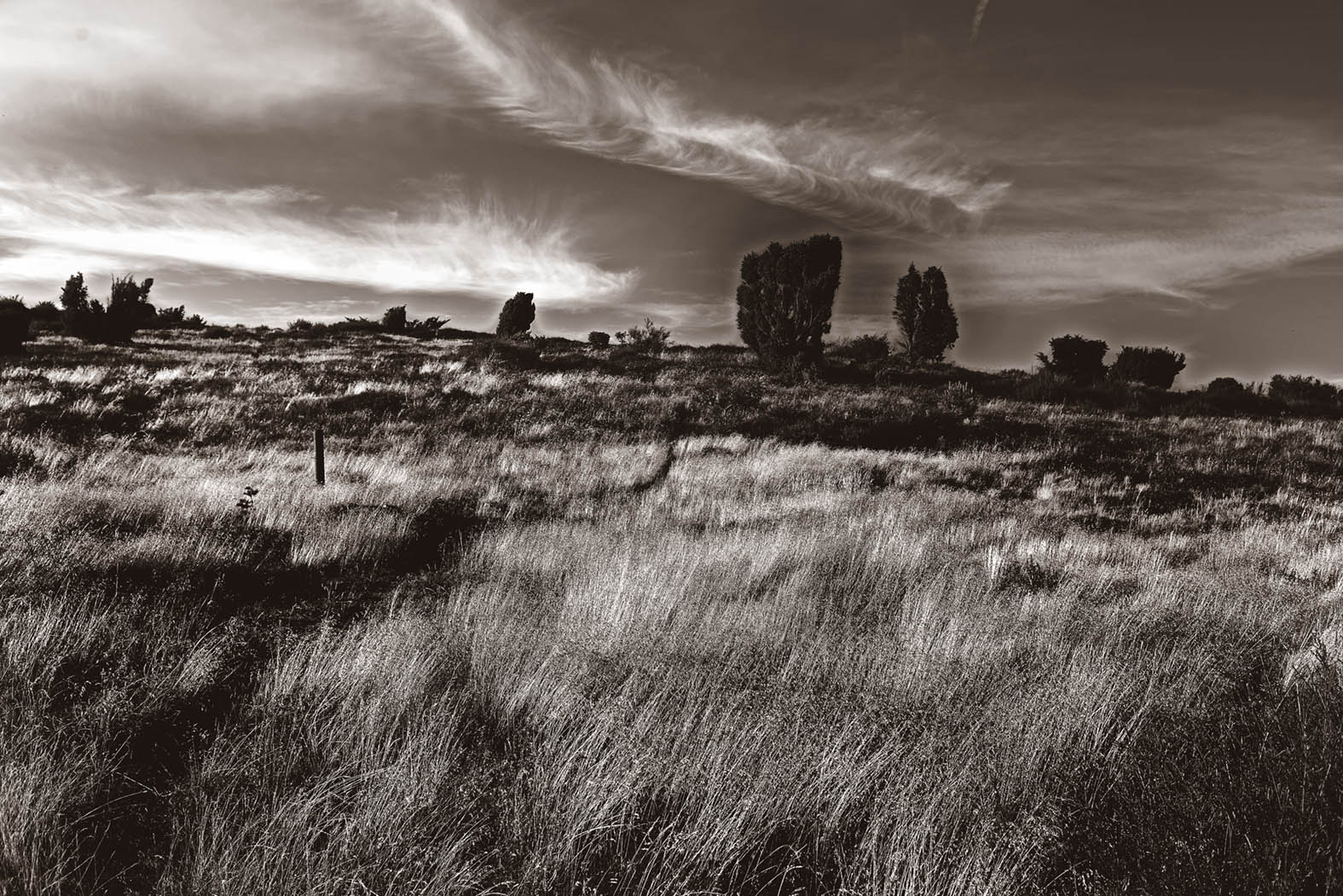 Do you earn money via photography or it is just a hobby?

I have sold a lot of prints to private and companies (for meeting rooms and halls). It has always been a great pleasure for me when a person wants to have one or more images in their home but I have never lived from my artwork. I have installed telephone systems in companies and institutions as a living. And yes, I have sold some of my pinhole images already.

What is really important in photography for you?

Light and form are the most important for me, and light can come in many different ways in pinhole photography. I hope I can inspire some young people to try it. If so, there is a lot of Facebook groups for that subject: Pinhole, Pinhole Photography, Pinhole on film, the Lensless podcast and others, and these groups, some big, up to 8000 members, are full of nice people that will help you. 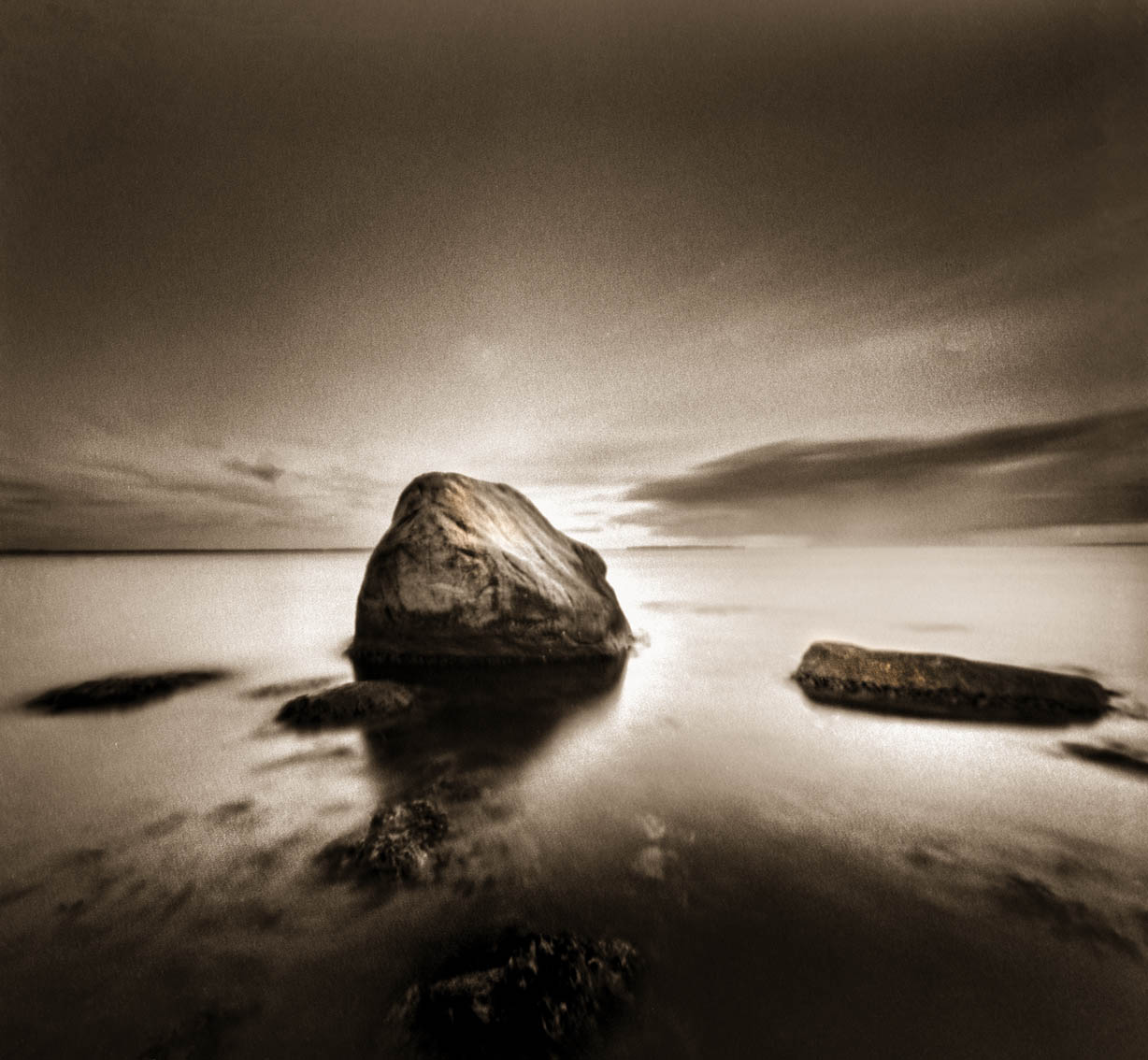 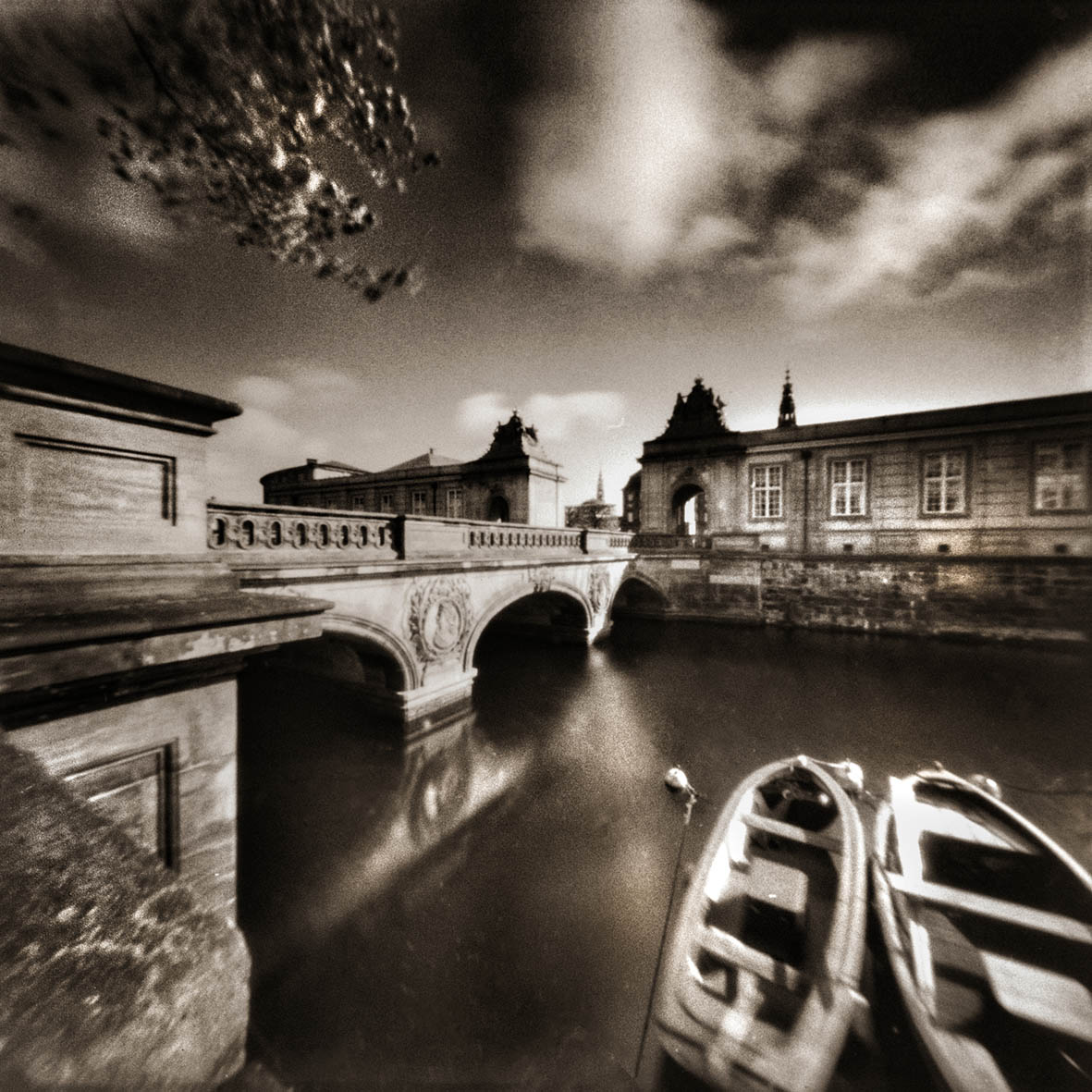 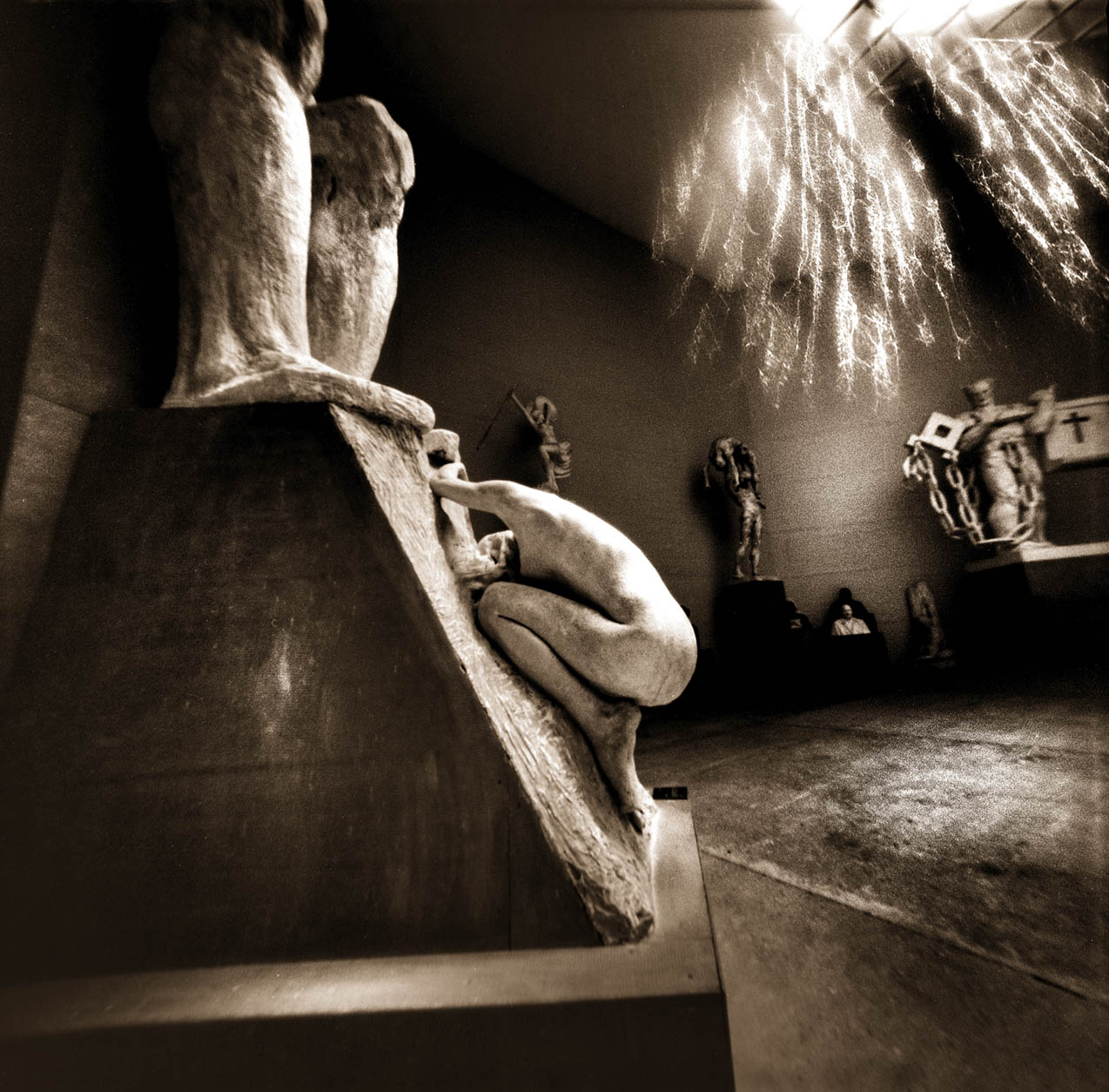 Can you tell us about your favorite tricks?

My workflow with pinhole is a bit different than in case of many other photographers. First I develop the film, as usual with chemicals, always the same films and the same developer, then I take a DSLR photo in Raw format of the film image with a macro lens. In that way I take the greytone qualities from the film into photoshop, where I dodge and burn the image and tone it. I have chosen to tone my images Sepia, brown or sometimes blue, because pinhole is one of  the oldest methods (if not the oldest), I think it works fine. Images from that time was always toned, finally I print the images on 300gr cotton paper with pigmented ink. In general, pinhole photographers often make their own cameras. I made my own Blend pinhole camera that has 3 pinholes on a curved front. It gives a sort of cubistic effect (it can be seen in the image with the dancing ladies, the camera is made from a 1950 agfa isola camera bought in a garage sale for 10 euro). My main camera is a Realiysosubtle 6x6F made by an Irishman James Guerin who lives in France. It works fine and it is rather cheap (around 110 euro). This camera works in square format which has always been my favorite: with that format you can create images where form and light are the main things.

I think, there are some photographers who inspire you. Could you tell us about these people?

Kirsten Klein, a Danish photographer has always inspired me, if she was from an English speaking country she would have been considered one of the great ones. Please, google her images, she deserves it. Michael Kenna, Thomas Joshau Cooper are also inspiring me, but a good advice for young photographers is to go to galleries and museums to see work from painters, sculptors and others. And take inspiration from music, filmmakers and authors as well.

Where we can see more works?

Yes it has been working very well for me, I have been showing my work in galleries and museums in 9 different countries and used to have a web, but it is more easy with Instagram to load new images, and I think as a general: there is a very positive conversation there as well and you can easily get to know other artists if you want. 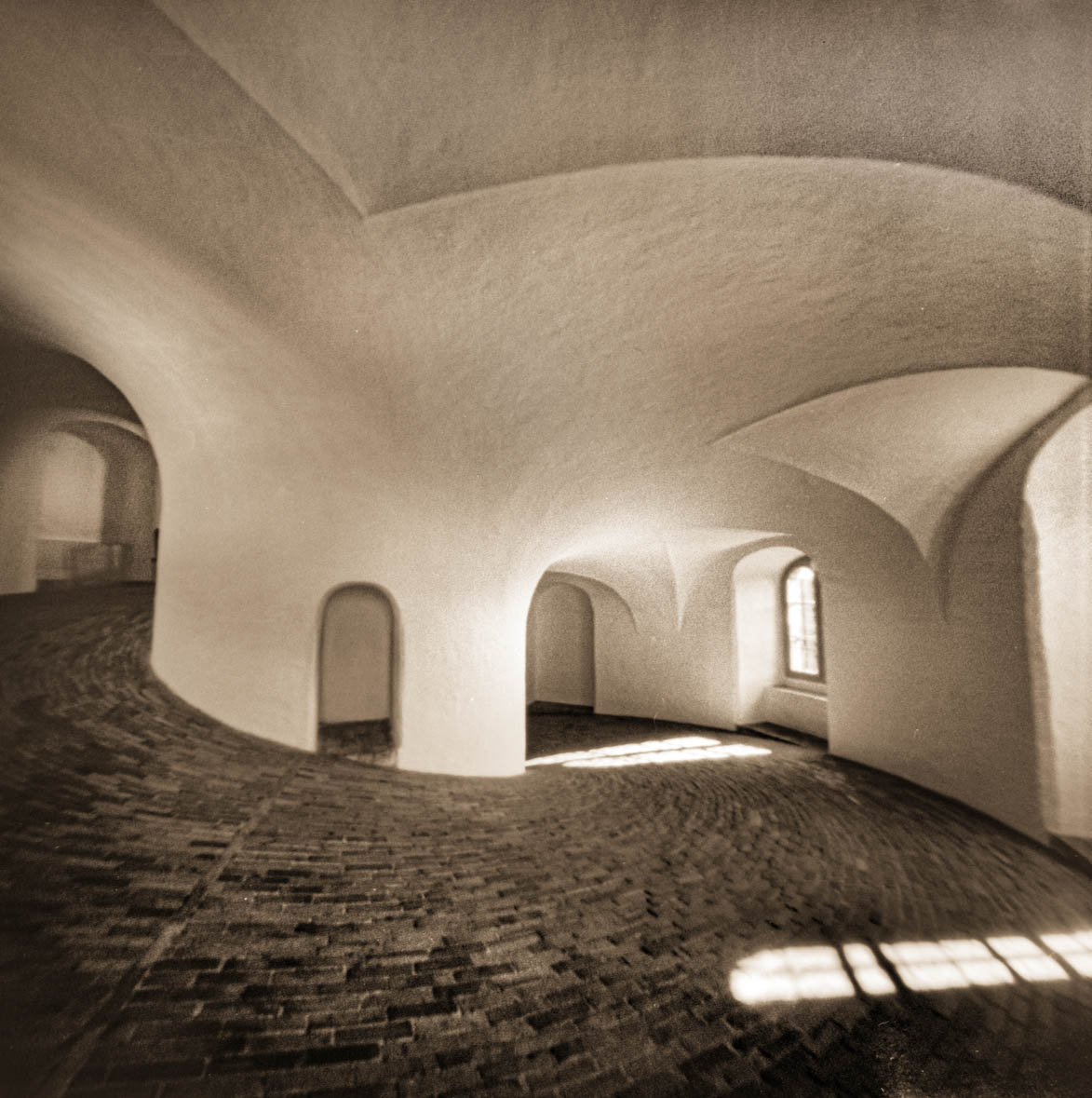 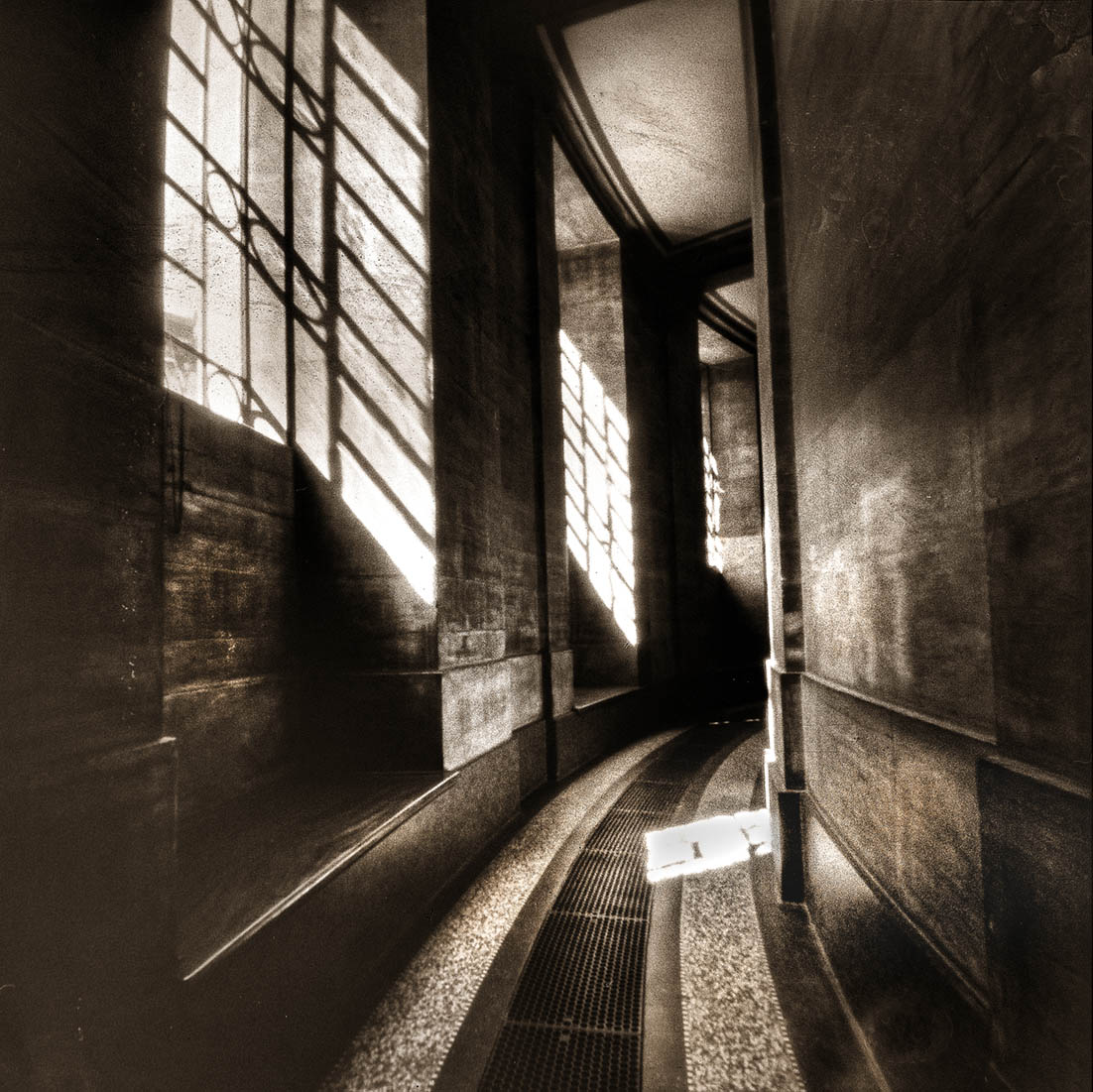 Could you, please, tell us more about exhibitions and contests?

This autumn I have shown my pinhole work in Pavlovka Gallery in Kiev at the pinhole festival there: love in the time of the Colera. And in an juried art exhibition.

In Denmark: Limfjordens Autumn Exhibition, and finally at Sommerville Massachusetts Toy Camera Festival where curator Allison Nordstrom chose one of my images for the juried exhibition (which can be seen on the website). Finally, 8-10 of my images will be in a book made by Guido Valentino (Italian photographer) called Inside 2020 Daphne Pinhole.

You’ve said about showing your works in 9 countries. Is it also about pinhole photography or something else?

I started out as a photographer in 1988, and in 1991 I had 2 images accepted on an important Danish Juried exhibition The Artist Easter Exhibition. If you have your work shown in one of these shows, many doors can open for you, and in the following years I showed my work in galleries and museums, both solo and group shows. It was mainly b&w landscape and close ups made with an old Rolleiflex camera: a simple camera with a fixed 75mm lens. Using less gear makes your creativity bigger. You can concentrate on light and form instead of which lens is put on the camera now. Irving Penn, Bill Brandt and Vivian Maier also used Rolleiflex. I also had a landscape series I’ve called “The 20th century landscape” where I focused on man made things in the landscape, powerlines and so on. And one year I worked on portraits of old people and children also in b&w and had one show with that subject. With digital it were mainly landscapes in color and b&w. As I mentioned earlier I have only been working with pinhole for one year but I think I have made some of the best works of my carrier this year and has shown my work in 3 juried shows in Ukraine, USA and Denmark. I hope that I could travel to Rome, Greece and some of the old cities in East Europe, for example, Riga and Prague, when the world will be free from corona again. I think these places will suit my pinhole images fine. 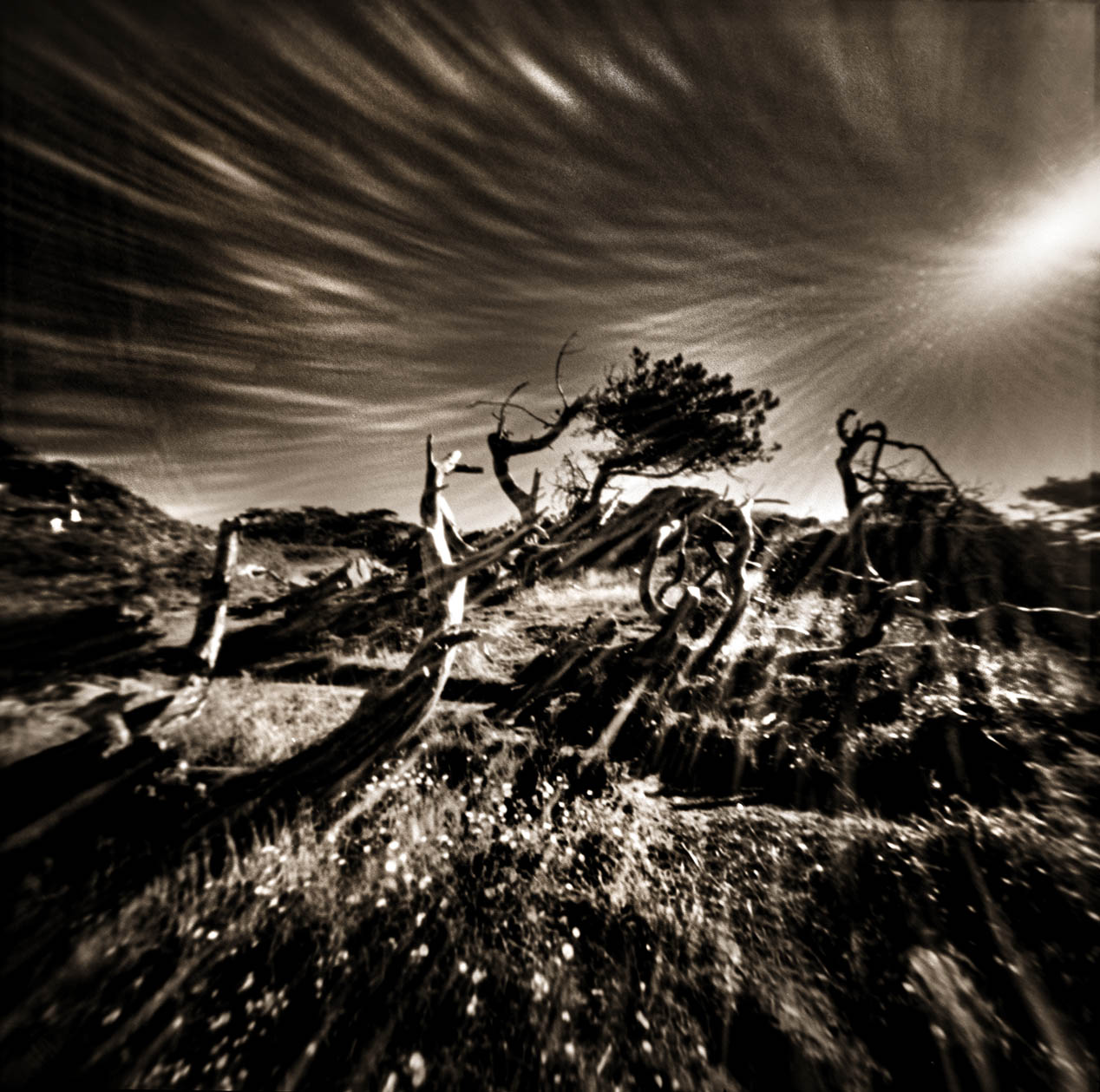 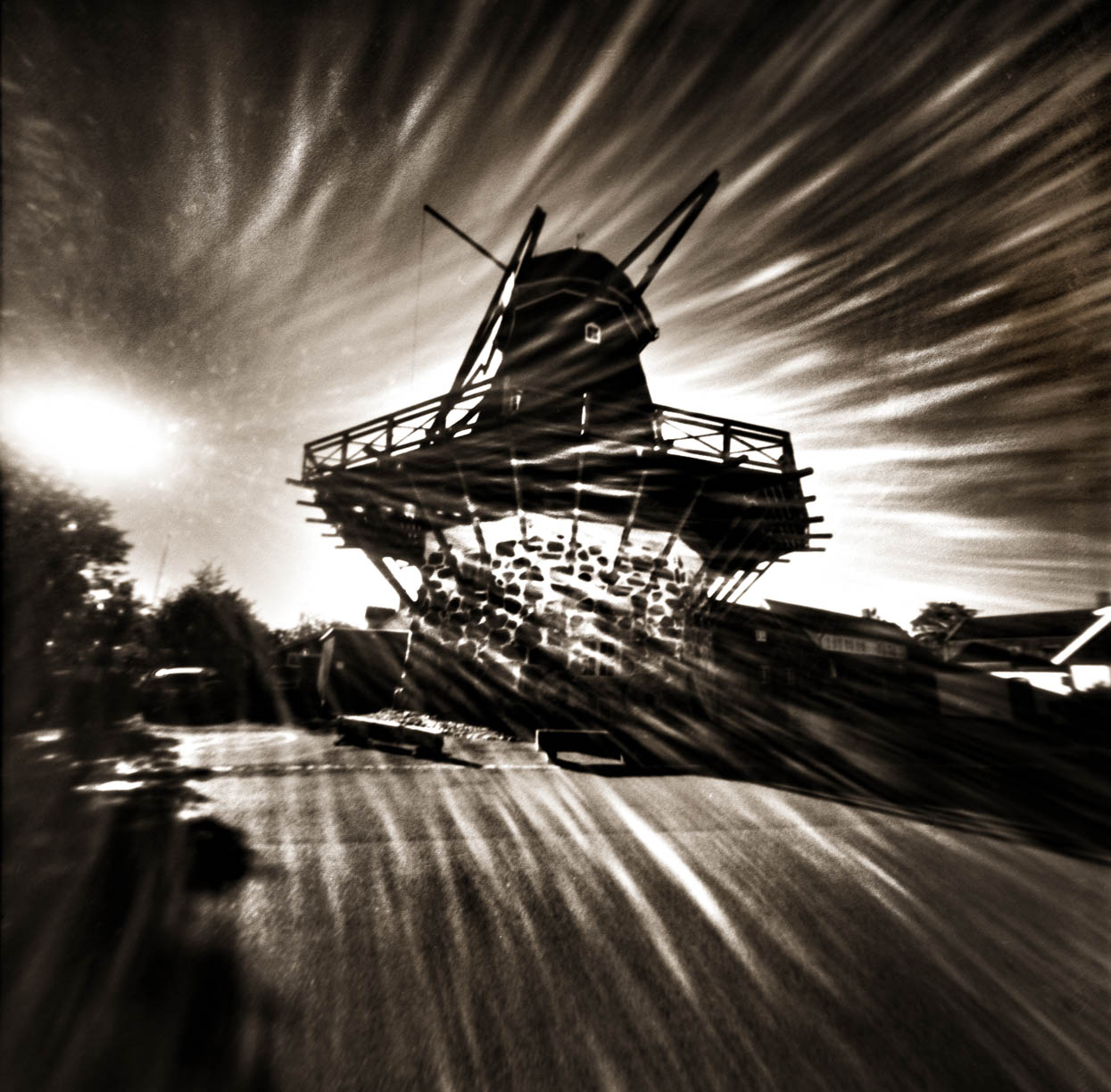 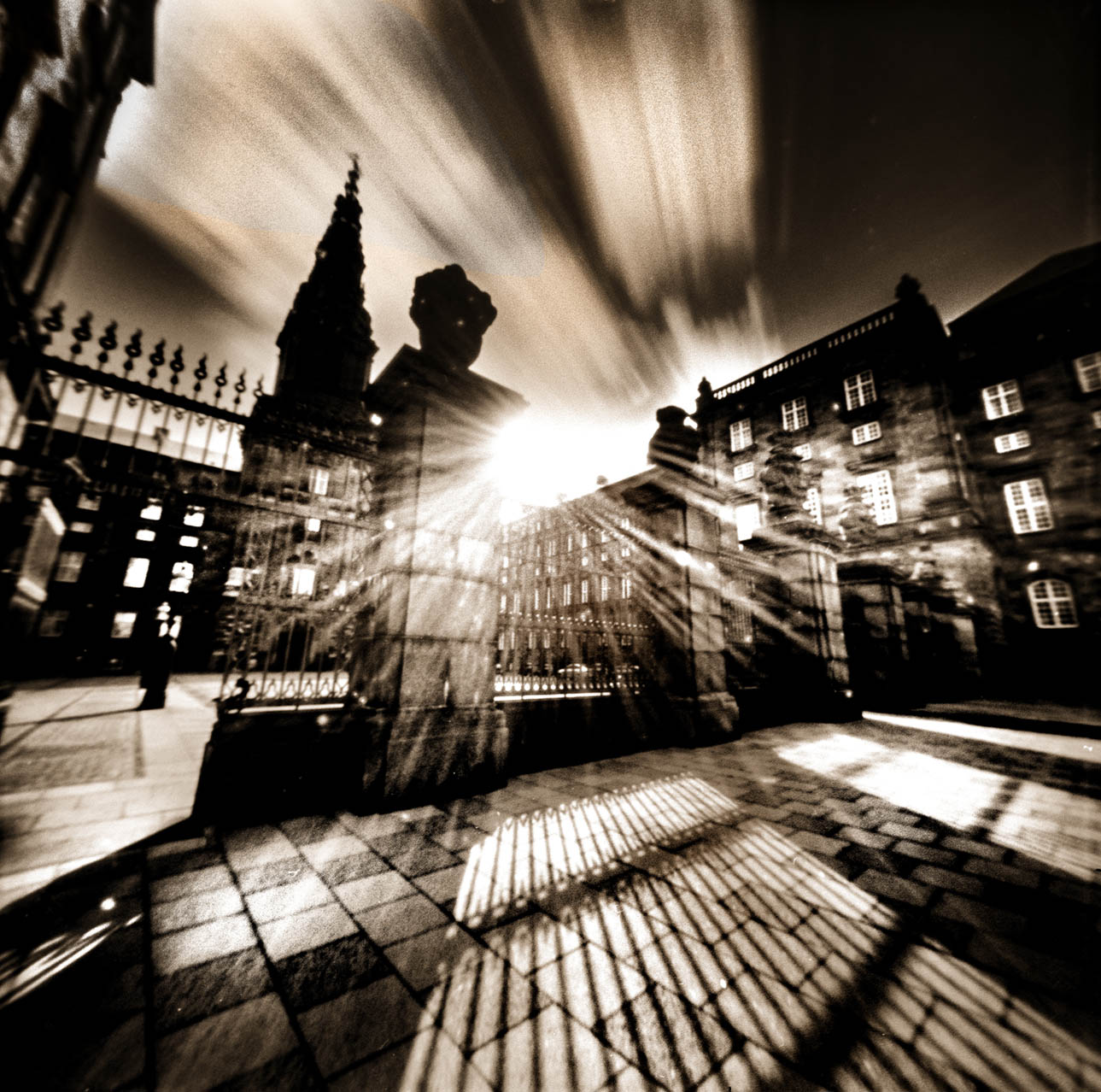 Douwe Krooshof: “Don’t let yourself be held back by a need for perfection”

Ivan Lucio: “I’m a bit of a maniac with compositions”