Joe Olnick is a guitarist and producer from Pennsylvania, USA. His work generally falls into two different genres: rock/funk/jazz with his band as well as solo ambient. On April 24, 2020 he released a new ambient album titled “Wink of An Eye“. The album takes short sections from one of his previous works titled “Bright Paintings” and transforms them into spacemusic that goes even deeper, utilizing advanced processing techniques only recently made available. 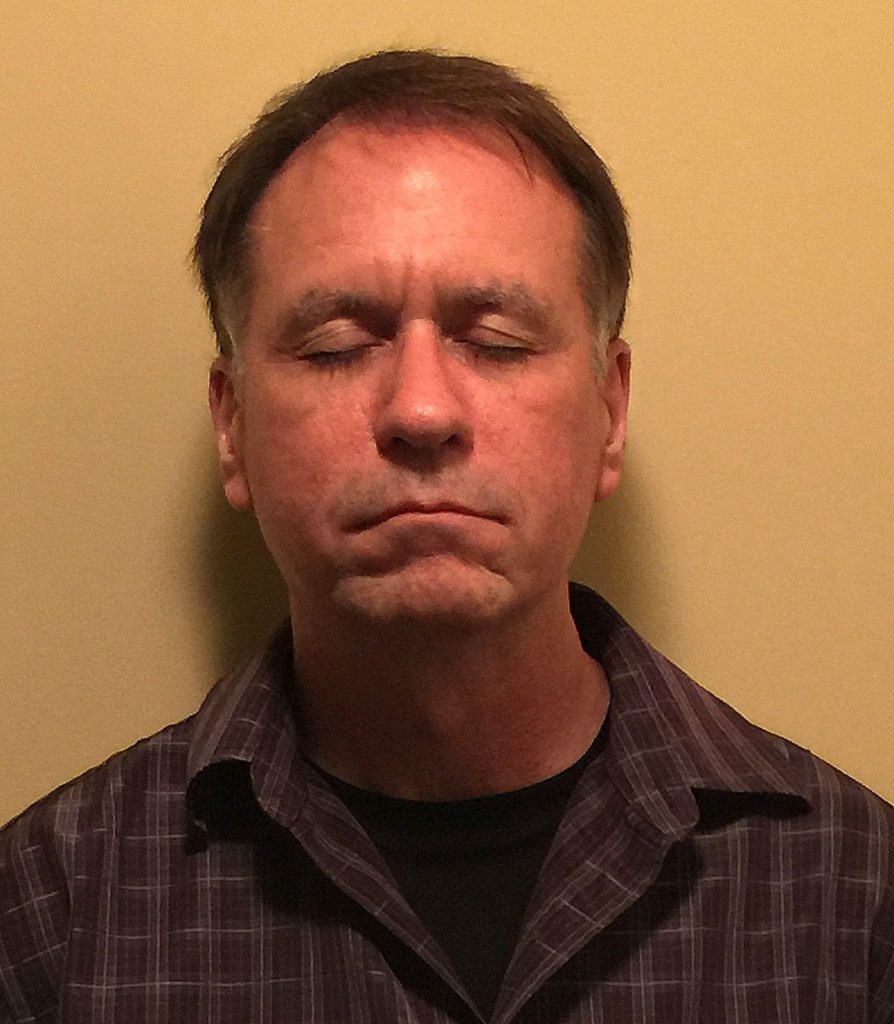 When I my streaming service, I find Joe Olnick and Joe Olnick Band there as different artists. How do you divide these projects?

My solo work originally included all genres that I worked in, but for the past few years I have been putting the funk/rock work under the band name.  Booking shows is always challenging for an emerging artist like myself, and especially when changing genres, so over time it seemed to make sense to split the band work out from the more ambient solo material.  It just makes it easier for folks to know what they are in for when they checking it out.

How did you came to ambient?

I just put together a blog article on exactly that, at my web site.  I was introduced to ambient in college by hearing Brian Eno’s ambient albums.  I learned more after listening to a syndicated radio program, Music From The Hearts of Space.  Then I was fortunate to find out about the Star’s End radio program every Saturday night at WXPN FM in Philadelphia.  It’s been running since the 1970’s, and has five hours uninterrupted every week.  The host also puts on live performances of both locally and internationally known artists, and being able to see folks like Robert Rich, Steve Roach, and many others was really inspiring.  I’ve basically fallen asleep to ambient music almost every night for many years, usually Brian Eno’s more recent works.  I’ve been listening to Disc 1 of Music For Installations lately.

What techniques do you use in ambient production?

My most recent ambient album, Wink Of An Eye, was originally designed as a special promotion for the 5 year anniversary of 2015, when I put out three ambient (or ambient/rock hybrid) albums in a single year.  Wink Of An Eye was done very differently than my past ambient works.  In this case, I decided to take short sections of the older ambient albums and see if I could process them and create something interesting.  As I went along, the pieces that seemed to work best came from the first ambient album, Bright Paintings.  By the time it was done, I was amazed that it sounded completely different than how it started out.  Wink Of An Eye definitely took on a life of its own, and became this major artistic statement that was a little unexpected.  A very pleasant surprise.

The experiments in processing to create this album involved a number of techniques, including slowing down the pieces to make them even more abstract and atmospheric.  It took a while to find the right tempo to use; if it’s too slow then nothing really interesting happens, and it’s just a wash of sound.  Which has its place, certainly.  But I wanted to find a balance of being atmospheric but also keeping interest as it takes the listener into a unique sound space. If the tempo was too fast, it wasn’t as spacey as what I was looking for.
There were some other processing techniques that were used.  But then the real work of editing was where the album began to take shape and present itself.  I’ve always done a lot of editing & layering of parts on my albums, but this one took it to a new level and I’m very pleased with the results.  I think I was still editing it until about 30 minutes before it was sent out for mastering by Robert Rich.  The album was originally almost 3 hours long, and by the end was down to 48 minutes. 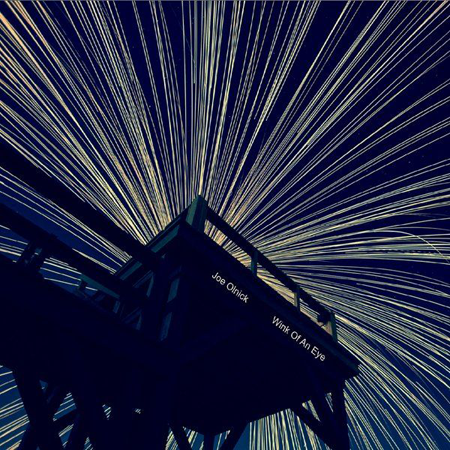 Could you name musicians that inspire you to create ambient?

Brian Eno is the master of the modern ambient album, as far as getting it out to a mass audience.  After all, he coined the term “ambient music” to begin with.  And he continues to produce interesting art.  Like myself, he doesn’t stay put in just one genre, and also likes to work with others as well as solo.

But I also am influenced by Steve Roach, with his washes of sounds and different concepts.  His ethno-ambient work that suggest primitive, hidden origins is always fascinating to me.  Another big influence would be David Parsons, from New Zealand.  His album Yatra has a couple of long pieces that just seem to transport the listener higher & higher.  Miles Davis also did an interesting ambient piece, a tribute to Duke Ellington, called He Loved Him Madly, that is jazz yet ambient.  And Nels Cline has done some great ambient sections of his solo work, including with the Nels Cline Singers as well as with his wife Yuka Honda.  I always love it when he starts looping things and processing his guitar.

And what about your band? Which musicians inspire you to create this part of your music?

My band has been inspired by a number of artists.  Miles Davis, with his emphasis on modal improvisation and sense of space, was a huge influence.  Not only musically, but how to deal with projects and working with musicians by not saying any more than is needed.  I like to let the musicians do what they want, as much as possible.  Our first show, for example, was simply a 40-minute build in the key of E!  We had a rehearsal first, but the show itself was all improvised.  We do a lot of improv now, but with more structure.  And bigger grooves.

I am also a big fan of the group Medeski, Martin & Wood.  They are a very popular instrumental trio that changed their sound over the years, at times employing jazz & hip-hop elements.  And I have to mention Nels Cline.  He is well known for his lead guitar work in the band Wilco, but also does a lot of work in the New York City area in the jazz scene there.  Seeing him improvise night after night at The Stone in NYC was very inspiring.  He can be very lyrical, and then quite abrasive/noisy/experimental as needed.  He’s always entertaining, and you never know quite what will happen.  Plus, he is a super cool, nice person to chat with.  I’ve learned a lot from him. 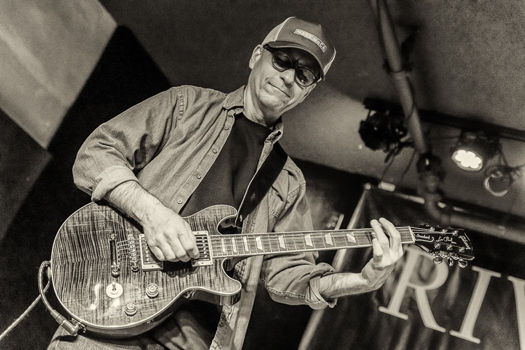 Do you have musical education?

Yes, I got a bit of a music education in school, having started out on saxophone.  So I can read music, and have played in traditional orchestras.  I also could play a number of other instruments, as well as guitar, bass, drums.  In addition, I worked at two radio stations before going to the Recording Workshop, where I graduated with honors.  That led to me working as a full-time audio engineer at a studio in Philadelphia before working on my own, engineering other bands.  Eventually, I decided to just focus on my work.  Most of what I know about recording was from the days of large consoles and recording tape, although the basic goals are still the same.

Do you imagine the result when you start writing a new track?

Sometimes.  With the ambient material, I usually have more of a final sound in mind, but it changes as new elements are tried out.  With the work that I do with the band, a lot of it involves taking grooves and working with them, so in that case it sometimes isn’t apparent until further into the process.

How do you generate titles of your tracks?

Generally, the titles of the tracks to me name themselves.  As I work on them, I usually have some sort of concept or theme in mind, and working titles come to mind as I’m working on them.  Eventually, though one of the working titles just kind of becomes the obvious choice, and it has a name.  I know some instrumentalists will wait until the last minute and just make stuff up for the song names, but I usually have that worked out far in advance.  With a few exceptions, most of my tracks take weeks or months to put together in their final form, so there’s a lot of time spent with them.  The titles just happen over time. 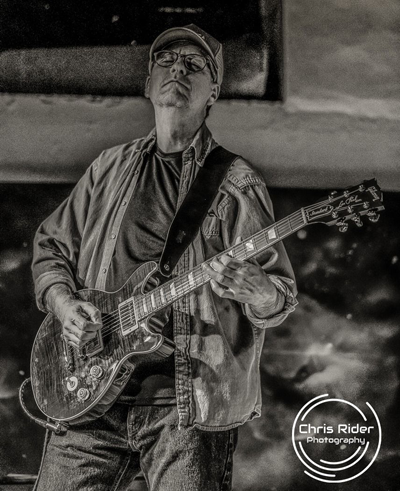 All your music is rather quiet and positive. Was it your aim or you never thought about it?

No, although I have heard from others about the positive aspect that they get out of it.  Which I can hear, although there are some pieces that I thought were quite dark (like Philadelphia Moonlight, Part Two).  I guess with ambient I sometimes go for a somewhat minimalist sound, but lately I’ve been moving into a bigger sound overall.

Does you music have any message or concept?

My albums of original music are trying to open up the listener’s mind to new possibilities, and creating new sonic spaces.  My goal is always to create cool, interesting, moments and get them out to there for everybody to enjoy.  In the United States lately, new instrumental music is very difficult to put out and get any sort of momentum with the public in general.  I’m very proud of the fact that despite not being in my 20’s, not living in a major music city, and putting out original instrumental music, I’ve been able to get independent & college radio airplay here in the US, as well as around the world.  The idea of being able to persevere and create music that can be challenging at times and still have success is something that should give a lot of artists hope.  There’s more to music than young people singing, which is by far the most common type in the United States.  Having lived overseas, though, I know that’s not always the case everywhere.

But just getting a listener to “see” something different with my music is certainly a goal.  And with the band, there is usually a big groove involved, too!