PIERA is the name of the dark-electronic synthpop duo formed by Piera Klein and Micah Plissner, residing in downtown Los Angeles, California

Piera Klein is a singer, songwriter and producer of the project. Since childhood she has been creating her own music, poetry and art, and eventually found her raison d’être in brining them together. At five years old Piera sang on a children’s record and got her first taste of the music business. At 7 she started writing music on her dad’s acoustic guitar and any piano she could get her hands on. Later she had started playing in local bands.

Piera went on to work with an Emmy Award nominated songwriting team needing a singer for placements. After the success of every song she sang being placed, Piera decided that it was time to launch out on her own as an artist — as a songwriter/producer, singer and performer.

Micah Plissner is a songwriter and producer. At the age of 8 Micah was published in Village Voice magazine for a poem he wrote on the dark side of prep school culture. He was an ace tennis player and was courted by famous coaches to be a professional tennis player but at 12 he bought a guitar and knew that music and all avenues of performance would be his life. His first series of shows started at 13 y.o.

Later Micah landed in the Los-Angeles punk scene where he eventually got signed as artist, toured and charted in the top ten on the college radio charts nationally. That momentum’s caused him to gain the attention of major labels, but Micah felt that the major label route was too commercial for his personal taste and he would be more fulfilled as an independent artist and music producer, which he is currently. 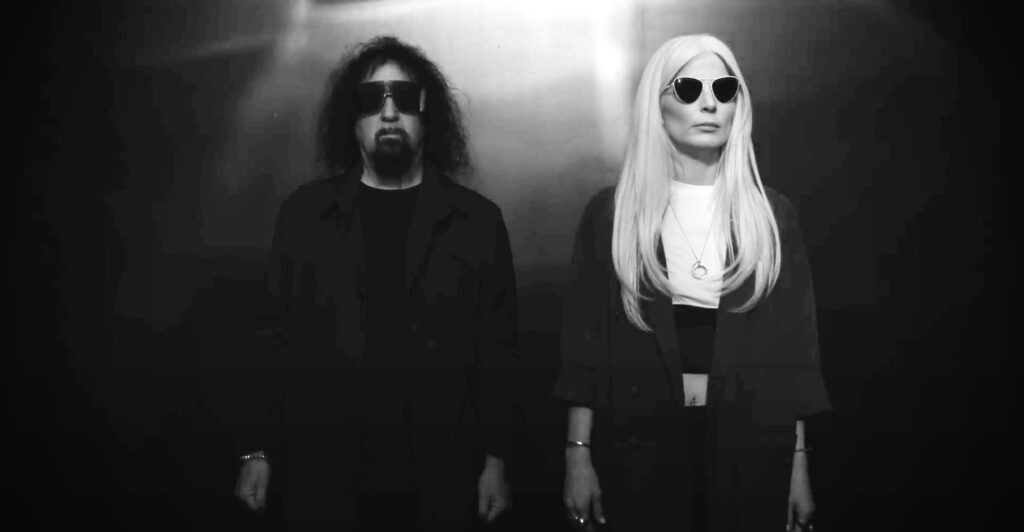 Why have you chosen such style?

I believe that every single person on this planet is unique, and that for each of us our personal taste and style is a reflection of the way we want to experience life and interact with the world around us. The little choices we make, whether it’s how we like our coffee prepared or what color we paint the walls, or what clothing we put on our bodies. For me, music is the same, it’s how I clothe the atmosphere of my mind and play with energy and moods.

For this record we wanted to create an expansive electronic cosmos, one that could both take you on a journey into the outer reaches of space and bring you back home to our lush green planet Earth.

We used a mixture of synthesizers and analogue gear from the 70s, 80s, 90s, and 2000s and enjoyed creating new sounds with modular gear.  We also took the liberty of coloring outside the lines by creating music not bound by strict pop song structure.  In this way, the music became theatre. Following our own inner guide has led us to create a new sound and it feels very active and alive.

When I was a young child, we lived in a house very near to Topanga Canyon. The neighborhoods there have always attracted artists, musicians, TV and Film producers, and people working in the entertainment industry. One of my earliest friends from childhood was a girl my age that lived in our neighborhood a few blocks away. Her name was Jenny. Her dad was a songwriter and performer for children’s music. One summer he invited me to sing in the studio on a record with other children and it was there I got my first experience being in a recording studio, singing and getting paid for it. I loved it. It was fun and easy – not something that I would have thought as “work”.

A couple years later my dad bought an acoustic guitar. I naturally gravitated towards it and started playing by ear (and eventually took 2 or 3 lessons), and started writing my own songs. Same with piano… if there was a piano I’d sit down and make something up to play. The notes understood me better than I did, and when I play music it always feels like I’m coming home to myself. Music was and still is a personal outlet for me to express my very intense inner world. I never thought of it as a career until much later down the road when I really couldn’t come up with a life trajectory that matched my passion for singing and music. It was kind of scary for me as I had no connections to the music business, and never knew it could be a real-life option. It seemed so “Hollywood” – something I had no connection to.  I do remember though that I used to take may guitar with me and not really think twice about it, it was just a part of my life that was always there. That’s when I realized that sometimes the answers or cues we are looking for in life have been with us all along, we just don’t always have the eyes to see and understand them until the revelation comes.

Also you worked “with an Emmy Award nominated songwriting team needing a singer for placements”. Could you tell more about that period of your life?

Micah and I had just started collaborating when a songwriter approached him looking for a specific style of singer. The voice she was describing to him that she wanted for some songs was a spot-on description of my voice and style at the time, and so he connected us. We had fun. I met the songwriter and we worked on a handful of songs and recorded them in different studios around Los Angeles and Burbank with different producers. The songs were placed in a well-known TV network’s library and were subsequently placed in daytime television TV Shows. The process was quick, simple and fun… easy in so many words, and the songwriter and her collaborators were a pleasure to work with. 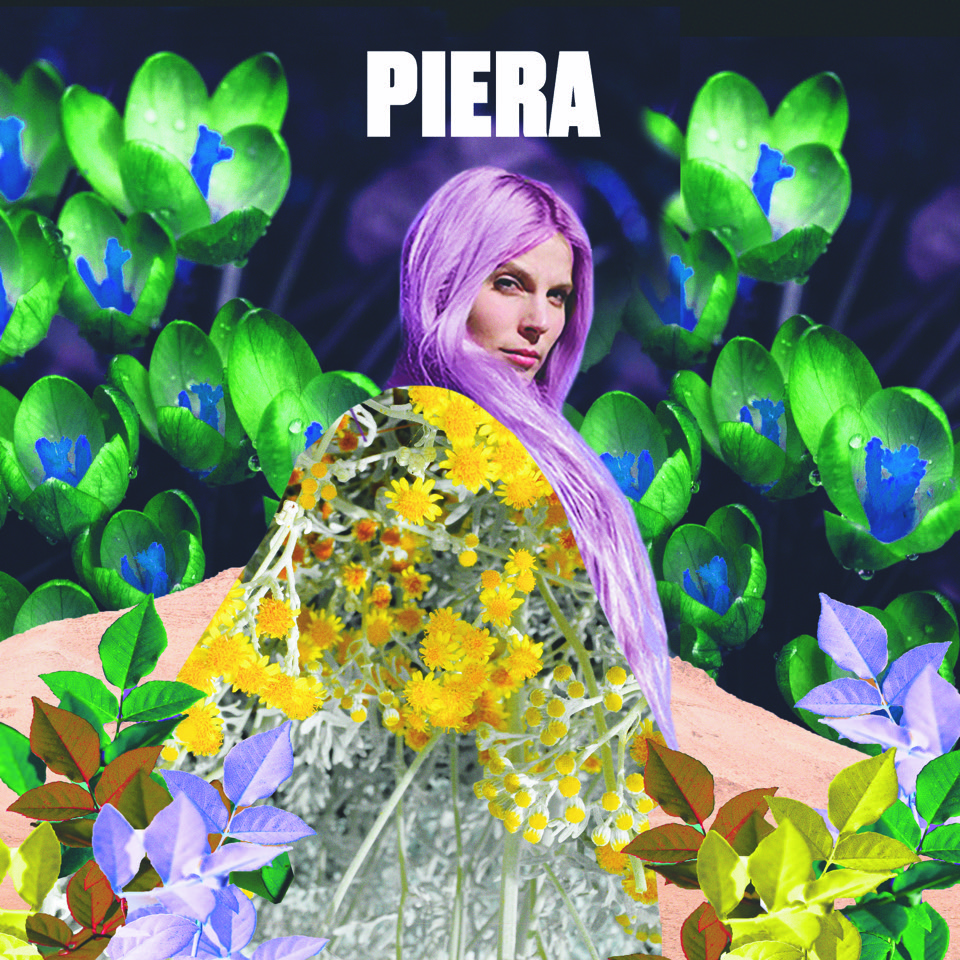 What is more important for you: text or music?

Both are important, but it would just be poetry if the music didn’t exist.  For me music is a carrier – a very powerful multi-dimensional force that carry invisible information. When combined with powerful lyrics, music can transform your mind, and life and bring you into a new state of consciousness. Really great music can stand on its own and doesn’t need lyrics and that can be wonderful too. It can heal your soul and body in other ways. But for me, as a singer-songwriter and composer, creating music and writing and singing lyrics is how I best share myself with the world. It’s magic.

How did you find each other and understood that it would be good to work together?

A friend introduced us for the purpose of us connecting musically — it was at the time I had just decided to pursue music as a career. Micah was producing a lot of independent artists and was working with different labels. He found me interesting as a singer and composer – on my own path so to speak. This friend thought we might have a lot to talk about. She was right and then some.

Do you have any other projects?

We just released a music video “Unraveling” and right now, Micah and I are working together on a new single to be released later this year and we are excited to share it with the world. Separately I’m also working on a personal side project…. turning my dreams into art through music and song. A few months ago, I had the great pleasure to be invited by a dear friend to participate in a dream workshop on Zoom with other female artists inspired by Carl Jung’s Red Book and dream analysis hosted by the Mexican Consulate here in Los Angeles. The experience was transformative and has impacted the way I translate my dream-life, which has always been vivid and frankly, supernatural.

Does this personal side project have a name? Are there any ideas when and where we could hear it?

The title and release date for my dreams project is still in creation, but I can keep you posted when I’m ready to share more details.

In the meantime, we are excited to share a new summer song coming very soon that we have been working on this studio. It will be available in digital music stores worldwide very soon.

The single will be announced on our Instagram at piera.music and at www.pieramusic.net

My stream of conscious is my greatest inspiration. I am at my best when I’m not pressuring myself into “thinking” or “creating” or “forcing” anything, but I’m instead “feeling” my way around the music and lyrics in an almost emotional trance-like state… it’s an intuitive relationship that my body has with melodies and words. Sometimes I just feel compelled to sit and write or play. In these moments it feels like I’m a channel to an out-of-body force of energy that translates itself through me. It’s not something I’ve ever explained before but it’s very real and interesting because it’s strange.  For me music is felt with my heart and body first – that’s where everything starts, and then the words and meaning come later.

Do you have any favorite tricks in music production?

I think my best trick is that I’m not professionally trained as a producer, and so my choices are sometimes out of the box. I make connections with sounds or elements that others wouldn’t necessarily choose, or try or see. It’s helpful to have no reference point and live in my own world in that way. For me it’s all child’s play. Micah is my sounding board, and his feedback and production is the greatest trick of all. He is a sound engineering and producing wizard. 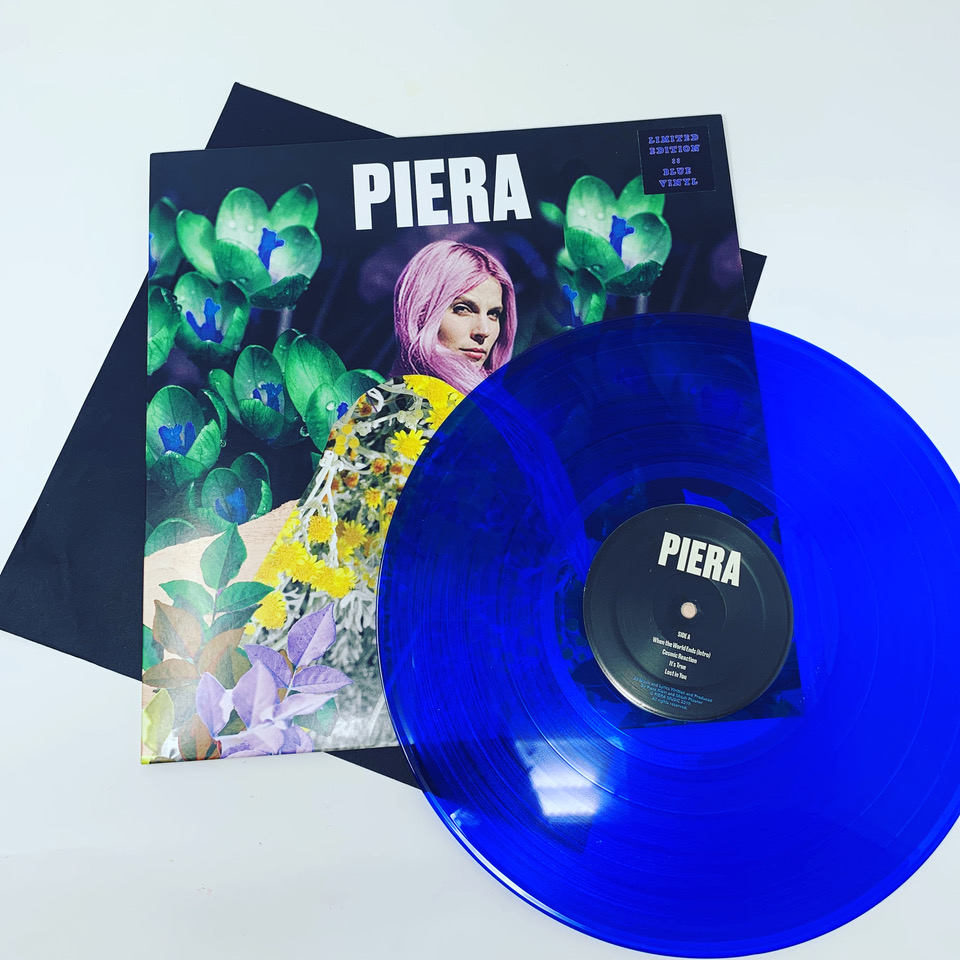 Yes, music is my life now. That being said I am also a passionate activist and play a supportive leadership role in the Los Angeles based non-profit Visionary Women.

Could you tell more about this organization?

Visionary Women is a unique membership-based non-profit community in Los Angeles that raises money to support initiatives that elevate the status of women and girls worldwide. We are also are a platform for high-level women leaders to share their stories and insights to empower all women to reach their full potential. To learn more: www.visionarywomen.com

What concretely are you doing there?

I have my hands in a few areas in the organization ranging from event production, to grants and fundraising, and communications and even occasionally hosting Visionary Women’s IGTV.

And what about hobbies?

I don’t have time for a lot of hobbies these days as I keep myself pretty busy with creative projects and non-profit work, but I do enjoy spending as much time in nature as possible, investing in and cultivating deep and long-lasting friendships with amazing people I admire, and travelling – one thing which I am far overdue. I also am a “foodie” and am obsessed with interior design, architecture, and art. I can’t wait until the world opens back up and I can travel, visit art museums, go to parties, host parties, and perform live.

One thing I’d really like to do right now is gaze up at the canopy of stars with a good friend, have a million laughs and sleep in the beautiful outdoors. It’s been ages.

What are you going to do next?
We’re working on new songs, an album and a new video releases that will be coming later this year. We are also preparing for live shows when these world opens up for live events.