‘Re:Connected’ by Redundant Nature was released on September, 24 in 2021. I found it in November and the first thing that I did was adding ‘Ancestry’ to all my electro-industial playlists. Then I decided to listen to it a bit more and now, in February 2022, here is my review on this EP.

You may remember that previously we did an interview with Steven Canham, the only member of Redundant Nature. The interview had been devoted to the release of ‘Lockdown‘ album. In one of my questions I’ve characterized the music of the project as “old-school industrial with modern techniques”. ‘Re:connected’ develops this mood as much as possible. 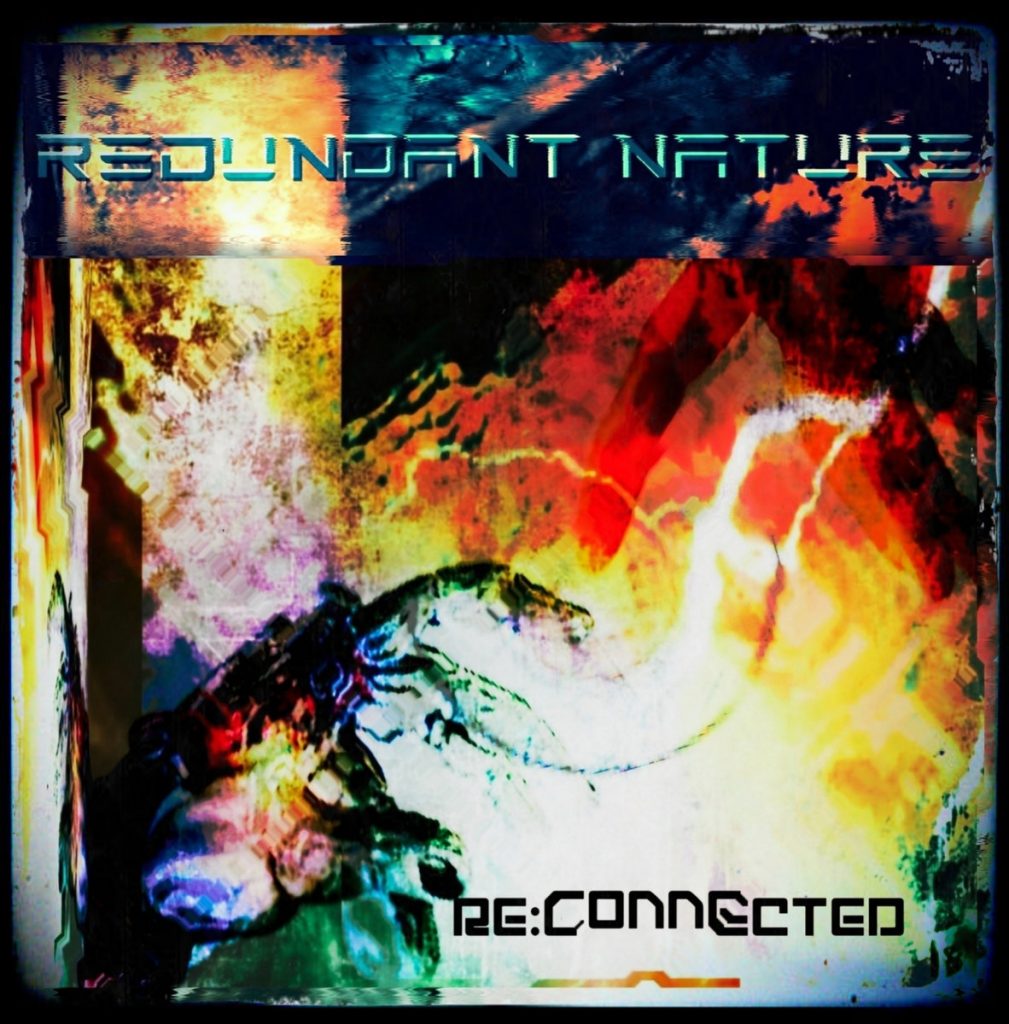 ‘Re:Connected’ consists of 6 tracks: 4 remixed versions of ‘Disconnected’ from ‘Lockdown’ and two previously unreleased songs. This description looks like there is nothing interesting inside, but suddenly there is. The EP is even more diverse that the ‘Lockdown’ album, and I like to listen it again and again. It could be added to playlists together with old-school bands like Skinny Puppy and Front Line Assembly. In my opinion, the style of the most part of tracks could be described as “lyrical Skinny Puppy with a bit more brutal vocals”.

But let’s talk about ‘Re:Connected’ in a more detailed way:

The EP starts from ‘Disconnected (Rebuilt Version)’, that cites the original version in the very beginning but soon the “distorted strings-like” synths change the mood to lyrical and melancholic that stays till the end of the song.

The second song, ‘We’re Going To Survive’, is more eclectic and rocky, with lot’s of different samples, that are inconnectable at the first view, but Steven connected them and it sounds rather good. The most strong association that the track induces is a soundtrack of a adventure sci-fi shooter.

‘Disconnected (Dread Risks Hidden Agenda Remix)’ could be a nice finding for the fans of less emotive and more hard but still old-school electro-industrial sound like late Front Line Assembly.

‘Disconnected (Remix by L)’ brings me an association with old techno, maybe because of the four-on-the-floor kick. But the nearest track that came to my mind, ‘Walls of Jericho’ by Cabaret Voltaire, still belongs to the industrial genre.

‘Ancestry’ is my favourite song from ‘Re:Connected’, as I’ve mentioned before. It is even more slow, lyrical and emotional that the first track! As for me, I like to listen to it together with ‘Cullorblind’ by Skinny Puppy.

‘Re:Connected’ finishes with one more version of ‘Disconnected’ – ‘Disconnected (Copper Thief Remix by Black Magic Cyborg)’, that is rather complex and noisy. Sometimes it is causes the feeling that the player jumps to another track, I think that the author uses this trick to cause the sense of disconnection.

Resume: ‘Re:Connected’ by Redundant Nature could be a good finding for all old-school electro-industrial lovers. Also it is a good choice if you need to show somebody that electro-industrial could be very different, and the fact that the most part of tracks are versions of the same song highlights the diversity of this genre.

Funktastic Players covered ‘Get Up Offa That Thing’