Psychedelia has always been the core to my music: Krishnendu Ghosal about Socially Altered and other projects

Socially Altered is a one-man band from Kolkata, India. The sole member of the band is Krishnendu Ghosal.

Not long ago we made a post about his new EP titled Subconscious Terminus. 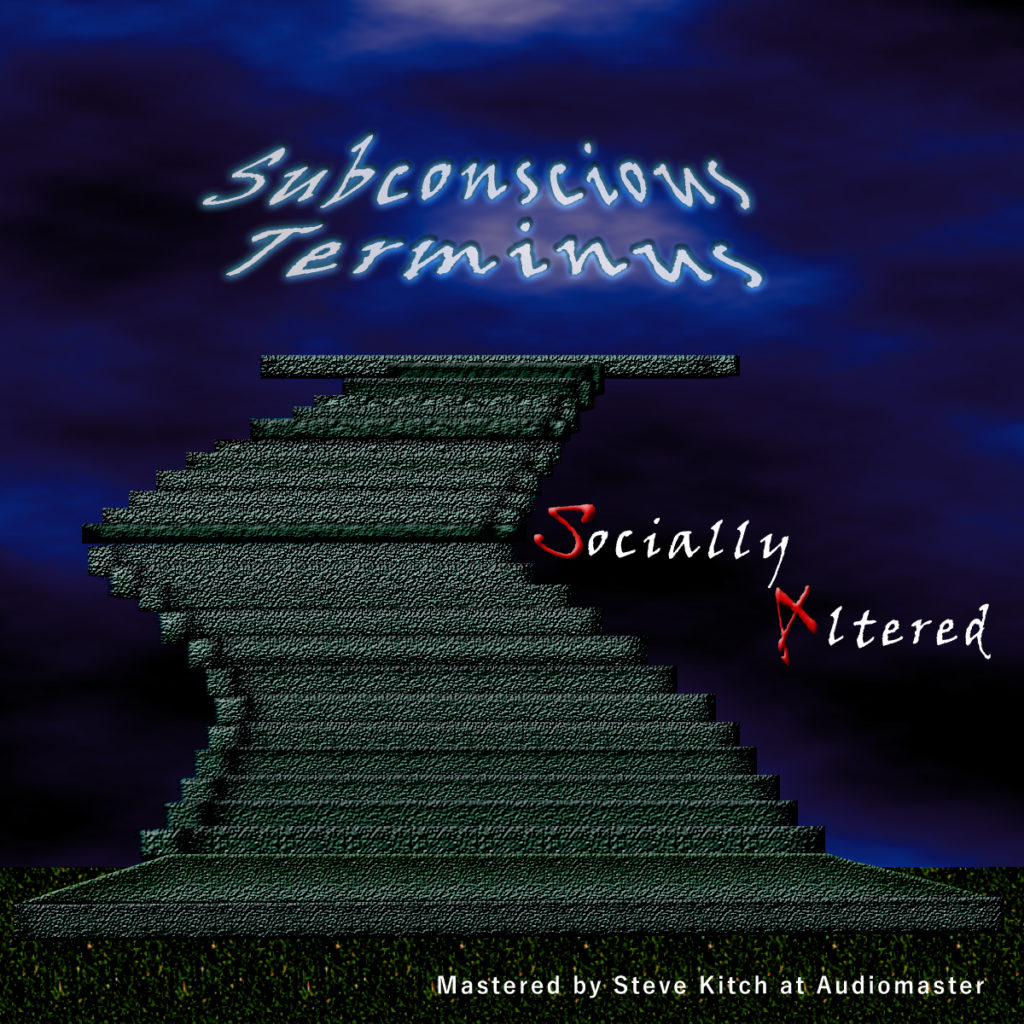 I tried to read his poetry simultaneously with listening to the Subconscious Terminus and it caused very strong psychedelic feelings, so it would be a great mistake if I didn’t talk to Krishnendu Ghosal.

In my opinion everyone is groomed to be a certain person to fit in society. Experiences in society, the nature of the individual along with family grooming makes a person into what he or she becomes. Society plays a big role in tampering with the natural way of defining a person. It could be good or bad, positive or negative, here is where the name comes in ‘Socially Altered’ or tampered by society.

In your previous works I hear psychedelic rock with vocals. Subconscious Terminus has no vocals and sounds more jazzy (but still psychedelic enough). What caused such changes in your style?

I have been trying to find my sound for a while now. I generally try and innovate the type of music I listen to. Psychedelia has always been the core to my music and I have worked around it in all my projects. I also would like to make various forms of music and not be confined to a certain type of genre or style of music. I like to push myself to do different things, try different styles and innovate.

In your press release you say that you’ve tried yourself in many different professions. What was wrong with them? Why have you decided to turn to music?

I have tried various professions, starting from events, to a job in the commodities trade and running my own restaurant. There was nothing wrong with them. I tried hard at every one of them, however every profession just fell away as if I was not meant to be doing those jobs.

There was a period of time of about 6 to 8 months after my restaurant shutdown when I was jobless and was not doing anything lucrative. I always wanted to be in the field of music since high school but society here in India, music is not considered a safe profession so I had to pursue other jobs.

During these 6-8 months I had sent a few songs which were very unprofessionally recorded a few years back to certain indie labels through an online platform. To be absolutely honest I expected nothing to come out of it. After a few weeks I got an email from an indie label wanting to sign me. I was surprised to say the least and from there my music career started. So I would not say that I chose the music profession, it’s very much the other way around. 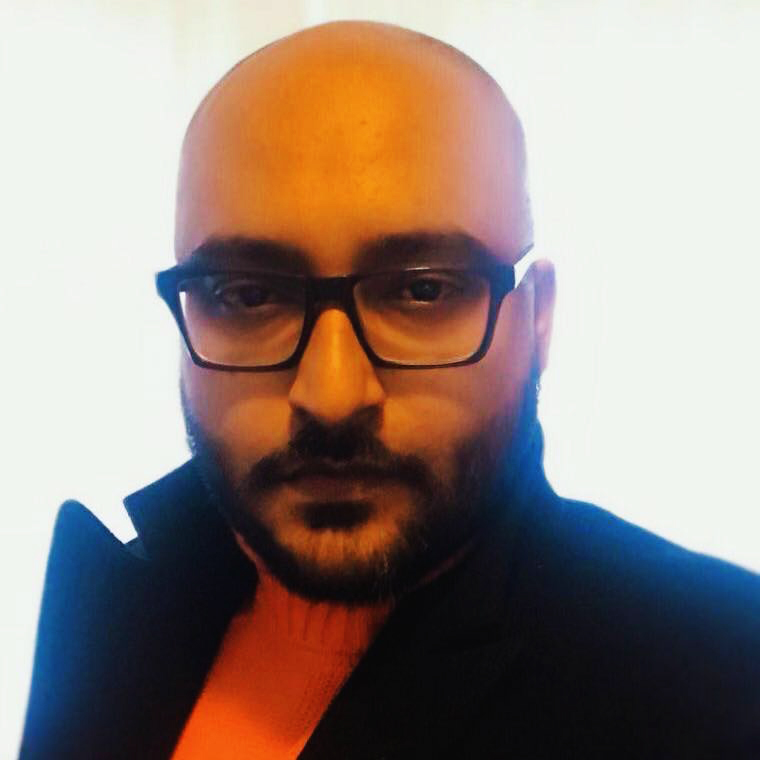 Is music your main job now?

Yes absolutely. Music is my main job and I could not ask for anything better to do. I love creating concepts, working on certain ideas and turning them into musical form. I make my own video’s and artworks as well. So it’s not just the music. It’s the whole idea or concept of a single, EP or album that drives me. I keep telling my friends that I have not worked since 2015. Music for me is not a job it’s fun and intriguing with so much more to learn and there is no end to it.

You say that you use samples of the saxophone in this EP. What about all other instruments? Did you play them by yourself, as in previous releases (according to titles)?

I normally play all the instruments in a song apart from the drums. So I make samples of the drums in almost every song. I sing and play the guitar, bass guitar and keyboards. A lot of ambient sounds in my music is either from the electric guitar or keyboards. Also I have tried my hand with the congo as well.

My previous release titled ‘Mother’ where the sound of the koyel bird is heard has been recorded by me through a dictaphone early in the morning. The vocals, bass guitar, keyboards and electric guitar have all been played by me.

I have not had any formal training in music. The only time where I was taught something related to singing was in choir during my school days. To be honest you could say I am illiterate in music. I do not know what notes or chords I am playing. My first instrument was the piano where I would listen to a certain song and try and replicate it. This practice followed me in my next instrument which was the guitar and thats how I started playing and later composing music. I listen to a lot of music in a day where I am learning variations, style in vocals, guitar, bass, keyboards and drums. I learn through my ear. 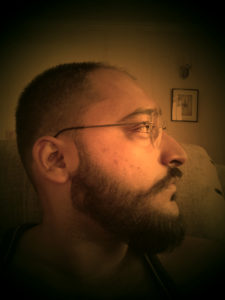 Did you have any other musical projects before 2015?

As I mentioned earlier I had sent some songs for consideration which I had recorded many years before 2015 and got signed by an indie label. My first album under the label was ‘Eden After Sunset’. The album had 6 songs in the style of progressive psychedelic rock. All the songs were composed many years before 2015, maybe somewhere between 2006-2008.

Why did you close Cipher and decided to continue using other name?

I was making progressive psychedelic rock under the artist name Cipher. After I left the label I was making alternative rock and pop rock. I changed the artist name so that I could start fresh and using ‘Socially Altered’ as my new artist name I wanted to try and innovate and try various genres and styles.

What music do you listen to? Which musicians, albums or, maybe, concrete songs have a great influence on you?

I listen to various different styles of music. Elvis Presley’s music has had a huge impact on me when I was growing up. Pink Floyd, The Doors, Jimi Hendrix, Led Zeppelin, Rolling Stones, Black Sabbath, Iron Maiden, Deep Purple, Santana, Joe Satriani, Steve Vai, Miles Davis, Mulatu Astatke, Charles Mingus, Dizzy Gillespie, Bo Diddley, BB King, Chuck Berry and so many more artists and bands. I listen to western classical as well and Nocturne No 1 by Frederic Chopin is my favourite.

In modern day music I like Massive Attack, Portishead, The White Stripes, Arctic Monkeys, Wax Tailor and also a lot of movie soundtracks.

Currently I am working on a single and hope to release it by the end of the year. It is about the current times the whole world is going through. Here in India we will be in complete lockdown till the 15th of April unless it is extended. The single is about isolation and being shut away.

While we are waiting for the new single of Socially Altered, you may listen to Subconscious Terminus.