Rubim de Toledo: “You must be a fair and just bandleader”

Rubim de Toledo is an award-winning bassist and composer who combines the influences of his Brazilian heritage and his dedication to the jazz tradition. He explores a diverse rhythmic palette inspired by world music, jazz, and contemporary music.
Rubim began his professional career in Edmonton at seventeen, performing with Albertan Jazz legends Tommy Banks, PJ Perry and Clarence “Big” Miller. Since then, he has become a sought-after sideman and a productive bandleader.

With his sixth and newest release, “The Dig,” Rubim distinguishes himself as a composer with a unique ability to explore contemporary styles while maintaining a sound that is modern yet inviting. The disc features seven original instrumental compositions influenced by Brazilian, Caribbean, jazz, and groove-based music. 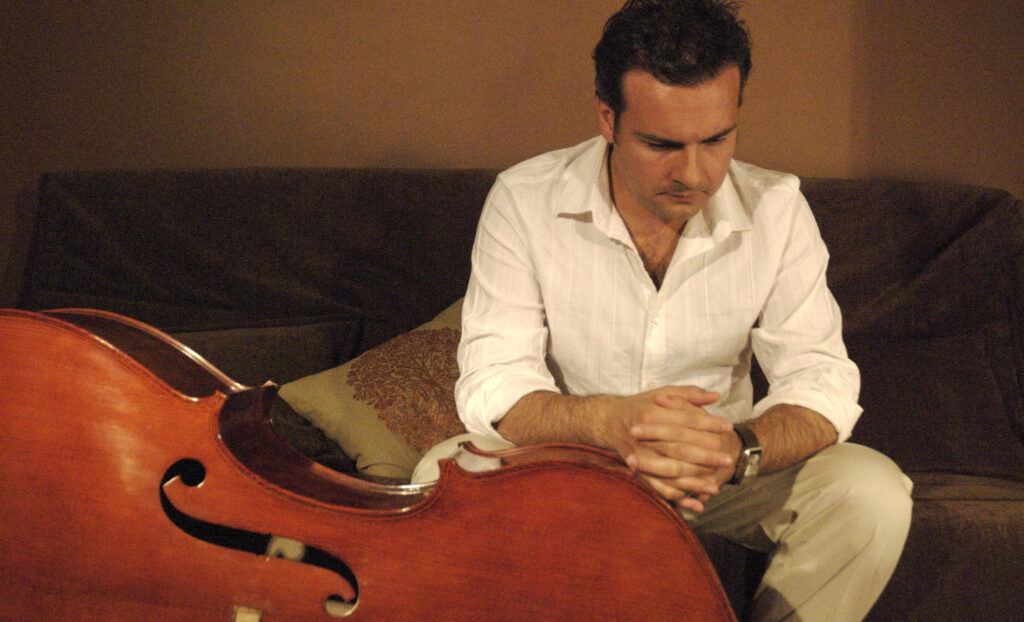 Do you play bass only or any other instruments?

Is it hard for you to find bandmates?

No, in my area, Alberta, Canada, there are many fine and diverse musicians I can collaborate with. I am very fortunate to be able to work with so many great players.

Do you have a constant band or session musicians for each track?

Yes, I have a regular group of session musicians I work with and some of them are featured on this album.

What musical education do you have?

What do you start from when you are beginning a new track? Do you imagine the final track at this moment or you never know the result?

I rarely know the result as I never try to compose using a formula. This leads to my music not being overly mainstream and sometimes eclectic. This is both positive and negative. 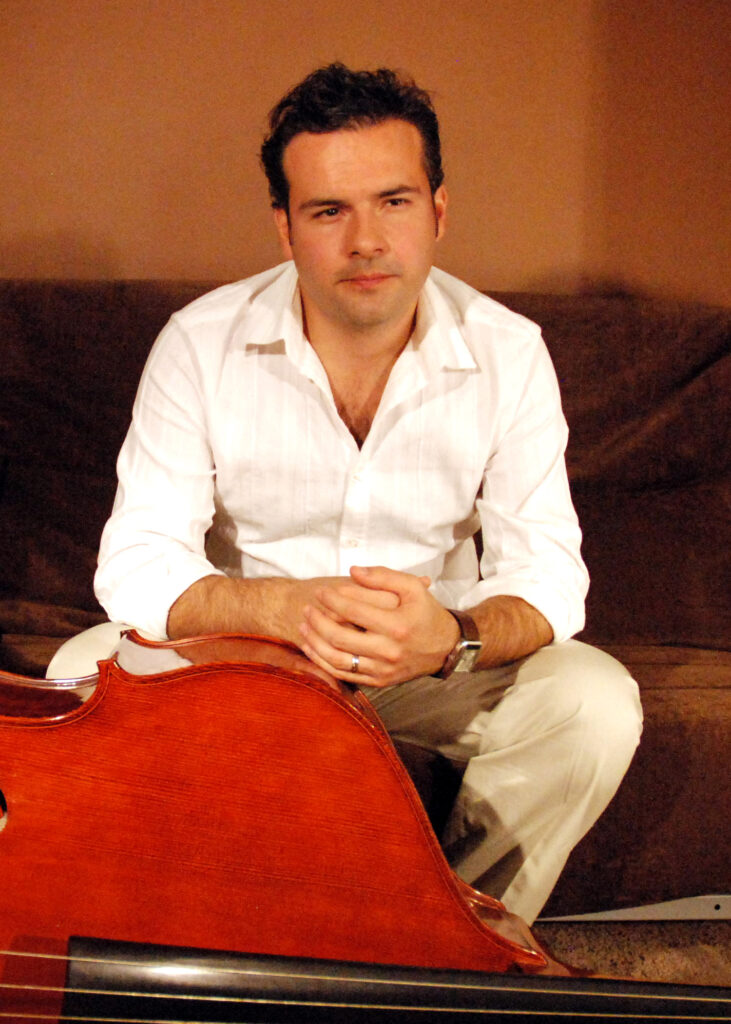 According to your site, since 2007 you worked as musical director with Calgary’s prestigious Decidedly Jazz Danceworks. What is it? And what was your role there?

Decidedly Jazz Danceworks (DJD) is a dance company Rooted in the history of jazz dance and music. It creates several original performances per year and is dedicated to utilizing live music whenever possible.

I have worked as bassist, composer, and musical director for DJD on 12 of their main stage productions.  This means I have composed music, performed live in the band, and acted as musical director, directing the live ensemble through rehearsals and performances. I work directly with their artistic director and main choreographer, Kimberley Cooper, to create the music and soundscape that fuels her artistic vision and choreography.

This process has been invaluable. I estimate I have written over 150 distinct compositions for DJD. This has allowed me to refine my compositional skills, gain a tremendous amount of experience, experiment a lot, and build my library of composed repertoire greatly.  I also believe my understanding of the connection between music and movement has given my music a very relatable, uplifting, and inclusive approach that many jazz musicians may lack. As well, coming from a Brazilian background and having decades of experience performing in R&B and Latin bands has allowed me to understand the cultural and societal importance and relationship between music and dance.

Also you are a music educator and the head of the bass department at MacEwan University in Edmonton. What concretely do you teach as an educator?

At MacEwan I am the head of the bass department. This means I coordinate all the bass-related classes, bass teachers, and bass students. I also am the coordinator of all first-year student ensembles. 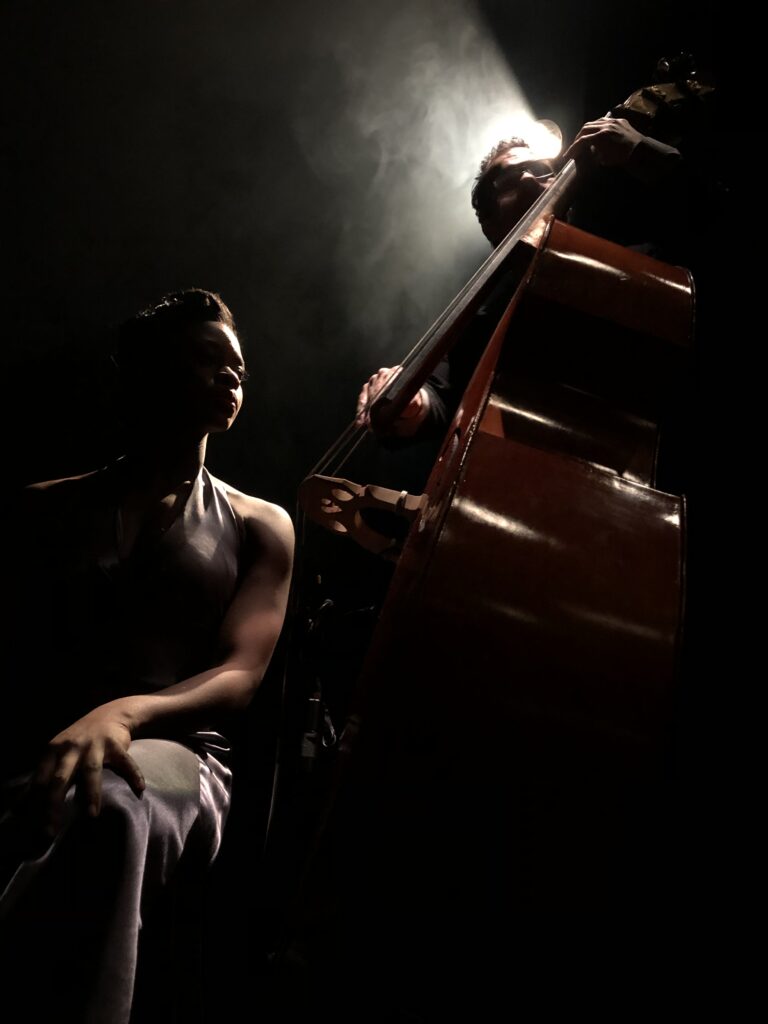 Do you have any other musical projects?

I have very many diverse influences, including:

What advice can you give to musicians who always worked alone but going to form a band?

You must be a fair and just bandleader. Treat people in the manner that you would like to be treated. Do not micromanage and allow each musician to express themselves creatively. If you do not, they will not feel engaged in your project. Pay your musicians fairly, be clear about the schedules and time commitments, and give credit where credit is due.