Victor Samalot: “I wanted to come up with something a little different than my previous album” 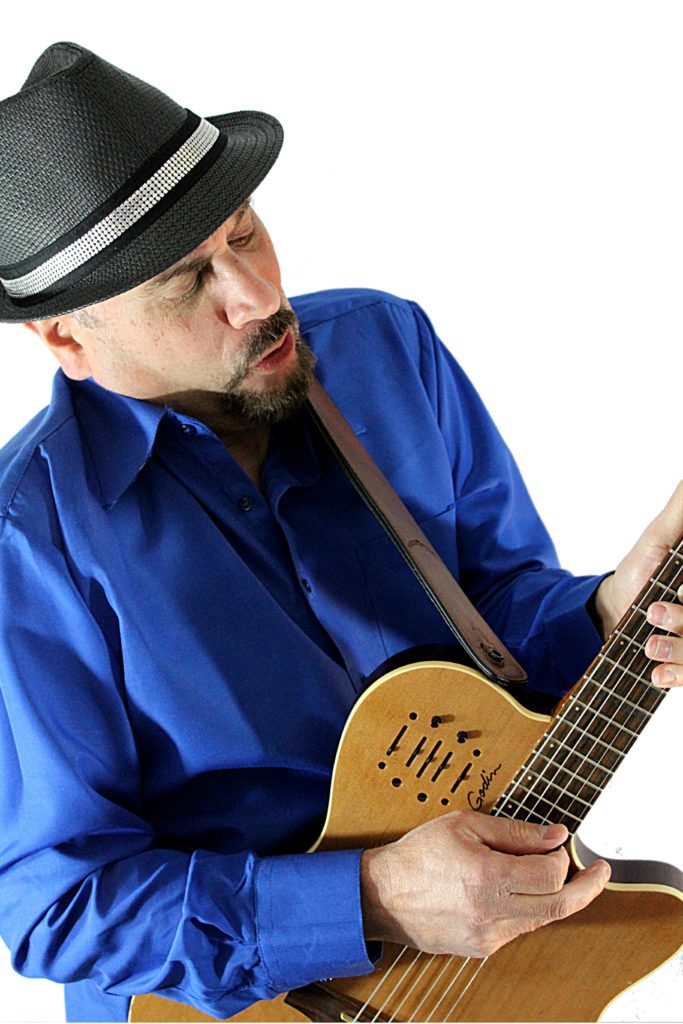 How did you came to music?

I grew up to the music my parents were listening to. From traditional Spanish music to Elvis and the Beatles. I was always drawn to the guitar and was given a guitar for Christmas around the age of 12.  I didn’t take it seriously until in the mid 70’s. Man, those were the days!

Where did you study music?

I took guitar lessons for a couple of years and later decided to listen to records and learn on my own by ear.

According to your site, you were playing in a Latin Jazz Rock band called Rare Blend from 1995 to 2010. How this band has been created?

I had a great run with Rare Blend. Myself and my wife (Bobbi Holt) co-founded the band as a 2 piece project for a couple of years and developed into a full 4- 5 piece band with 5 CD releases

Was it just music or, maybe, you had some concept?

We had a different kind of style mixing Jazz fusion along with some Progressive Rock in the mix. Everyone in the band had their own influences which would show in our writing.

Why the band stopped its activity in 2010?

After making a couple of line – up changes in 2009, we performed for another year.  After that, we got a little burnt out and decided it was time to call it quits in 2010!

As a solo musician you’ve released two albums (‘Victor Samalot‘ in 2011 and ‘Esperanza‘ in 2017). Is there any principal difference between them?

I wanted to develop something more organic.  I switched to an acoustic guitar (although I play an acoustic/electric to give me options) for the challenge of a new guitar sound as it has the richness and warmth to complement the vibe I was looking for, particularly with Latin music. Coming from a fusion mindset, combining elements of Latin grooves and rhythms with jazz and rock overtones felt really comfortable.

What can you tell about you new single – ‘La Chica Bonita’?

I wanted to come up with something a little different than my previous album (‘Esperanza’) with the same style with some electric guitar on it with a little more bite to it!

“La Chica Bonita” has a Latin-Rock sound to it yet with a little island vibe on it!

I found some videos from Square Sounds in your Facebook. Is it a way to communicate with fans instead of live performances during pandemic?

Yes!!  The last Square Sounds show was streamed live from Downtown Cleveland, Ohio which was the first time this Summer it was held outdoors because of Covid-19. It was nice to do a concert for people that work nearby the area and perform for them. Prior to that, I was performing the Square Sounds show via Livestream from my home.

Yes!!  I’ve been a musician for over 35 years with a full time job doing gigs part time. Then in 2010, I lost my regular full time job. I then started working on my solo act performing as a  solo / one man band and slowly started to get good recognition with my music which helped me to live my dream as a full time musician in 2014.

According to your site, you are the musician who performs “at restaurants, festivals, house concerts, wineries, special events, art galleries and more…” What are you doing to survive during COVID19 pandemic?

Yes, this pandemic has affected me a lot. I’ve done a few Livestream shows which has helped me some with fans donating during my performances. I am doing some regular outdoor shows right now with social distancing but definitely not as busy as I have in past Summers. My calendar is light. I’m hoping soon I will be able to have more bookings. In the mean time, I plan to do lot’s more streaming shows, even some private online shows where there would be a ticket price. And of course write more new music.  Especially releasing singles.

What plans do you have for the future?

Right now I’m planning to release possibly 2 more singles following my current one “La Chica Bonita” which is receiving a nice run of internet radio plays. Also working on more Livestream concerts, and hopefully 2021 looks bright for musicians all around the globe to continue gigging and touring.