The Christmas is near so now is the good time to start creating the magic mood in our hearts. One of the best ways to create the mood is music!

Have you ever listened to the “Season of Joy” by Terence P. Minogue? Even if you had, now is the favorable moment to remember it once again.

From 1969 to 1972, Terence Minogue studied composition at Temple University College of Music, and also holds a Bachelor of Science in Marketing, as well as a Master of Business Administration. While attending college, he was already distinguishing himself as a composer of choral works in the Philadelphia area. Today, those early choral settings of Biblical text are still in publication and performed in several Philadelphia churches.

Terence P. Minogue has a long, varied history in composition, including two RIAA Certified Gold Records for his arrangements on Jim Croce’s I Got A Name LP and “I Have to Say I Love You (in a song).” Minogue has arranged for more than 200 recordings and worked for many major labels, including Warner Bros., CBS/Epic (now Sony), RCA, Atlantic, Capitol, AVCO-Embassy, ABC, United Artists, MidSong International, A&M Buddah, and LifeSong, where Minogue was a Director of A&R for seven years. He scored the motion picture ROAR for American Filmworks and Universal Studios. Minogue orchestrated for three network television series: The Greatest American Hero (ABC), The Quest (CBS), and Tales of the Gold Monkey (ABC). As Composer-in-Residence at Church of the Foothills in Ventura, CA, he wrote new music regularly and special cantatas and oratorios for holidays. His religious music has been performed in churches throughout the United States. Other groups performing his work include the Dubuque Symphony (IA), Altoona Symphony (PA), The Princeton Chamber Orchestra (NJ), the Owensboro Symphony Orchestra (KY), Portland Symphony (OR), and Gold Coast Concert Chorus in Ventura (CA). 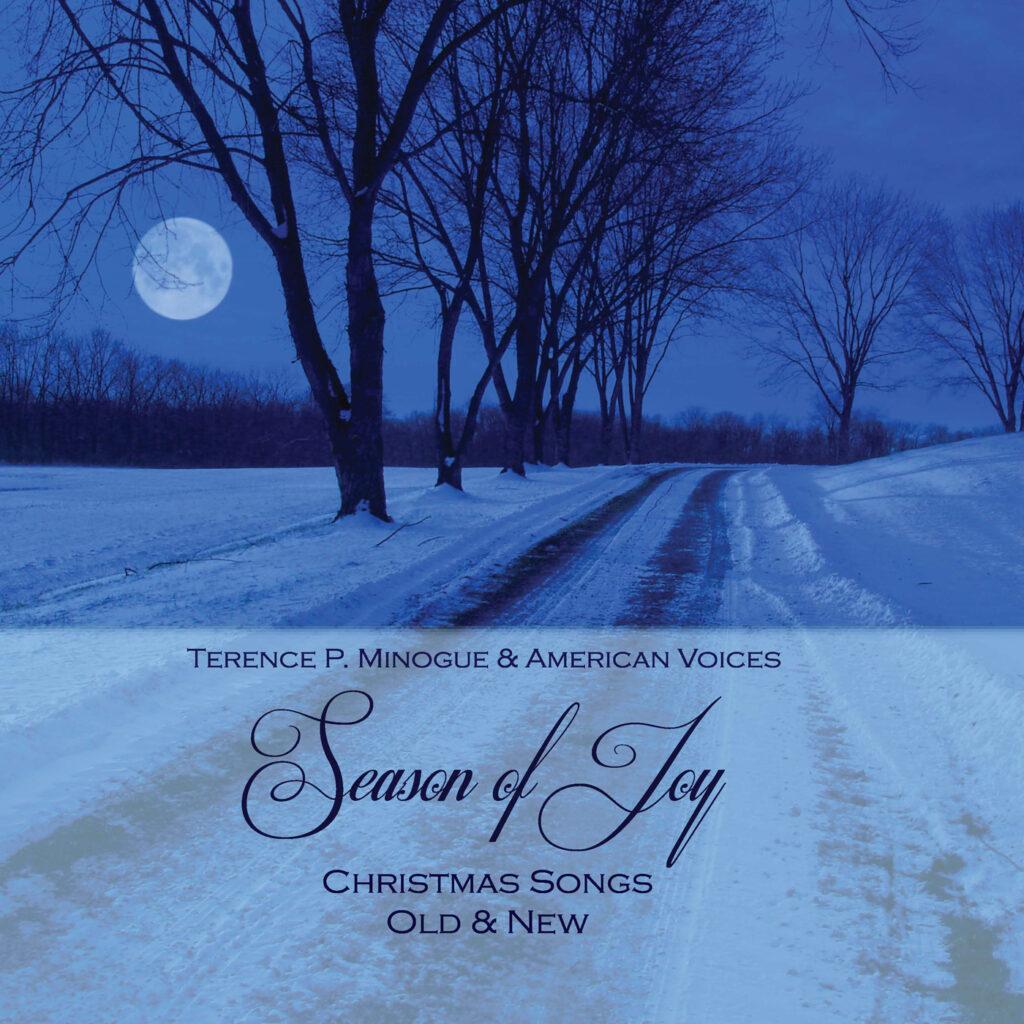 This album lead us through three special aspects of Christmas:

Part 1—The Season. The weeks before Christmas are a busy time of anticipation for the upcoming festivities. This sections has  a swirling rendition of the popular “Gaudete,” a very British version of “Past Three O’Clock,” and a contemplative but happy  “In Dulci Jubilo.”

Part 2—And her name was Mary. The story of Mary opens with “Advent Song,” a  glimpse of waiting and hoping, followed by an upbeat retelling of “The Annunciation.” In “Sweet Was The Song,” Mary sings a lullaby to her infant – with premonitions of his fate in this world. The section closes with a hypnotic, rhythmic arrangement of “What Child Is This?” (the traditional carol based on the melody of “Greensleeves”).

Part 3—Celebration!  The “Gloucestershire Wassail”  features tipsy, bubbling orchestration in keeping with season. Henry Wadsworth Longfellow’s “Christmas Bells,” which gives hope that there will be good will and peace on earth, is sung in classic choral style. “Enter The New Year” is a medley of three New Year’s classics: “Lo How A Rose E’er Blooming,” “The Old Year Now Away Has Fled,” and “Here We Come a Wassailing.”

Fill a cup with eggnog, sit by the fire, and enter the Season Of Joy.