Funktastic Players covered ‘Get Up Offa That Thing’

Have you ever wished to hear old-school funk classics recorded with modern equipment? Funktastic Players bring wishes to life! Their new release ‘This CD Is On Fire!‘ starts from a cover on ‘Get Up Offa That Thing’ originally performed by James Brown! 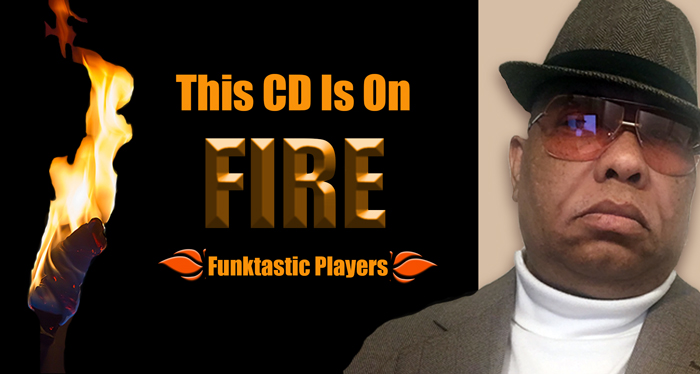 This is not our post about Funktastic Players: we made a post about their ‘‘Check It Out Y’all Remix’ and even took an interview.

Briefly, Funktastic Players is a project of David Williams. He defines his style as “the perfect blend of 70’s soul, 80’s hip hop and contemporary jazz!”. David started out as an MC/DJ and spent a great deal of his early years producing rap acts using sampled soul, jazz and funk records from the 70s. But he wanted to create his own soul music but not to sample it. And one day David found that he is ready to do it! This is how Funktastic Players appeared.

The idea of covering old songs is not very new, and, of course, old school funk has been covered many times. There are lots of ways to cover one song. The most part of covers bring thoughts like “What for?”. Maybe cover is really worse than original or just the public is not ready to accept a new vision of an old song, or for any other reason. As a result, some people even believe that nobody can perform a song better than author.

But all this doesn’t matter in the case of ‘Get Up Offa That Thing’ by Funktastic Players. The cover really makes me dance! 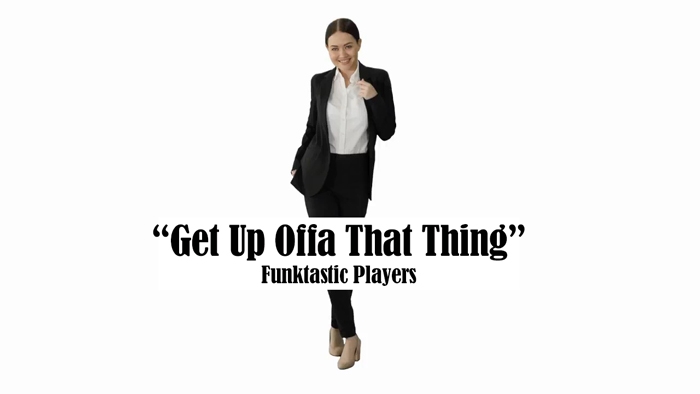 A strong saxophone plays throughout the entire song and bring a new mood to the song. It seems as if every other instrument, including the vocals, responds to the sax which allows this cover to tell a story of its own.

I guess that somebody will say now: “Hey, what are you talking about?! James Brown is ideal, don’t touch the classics!”.

I’ve listened to both original and cover for the first time now, so I had no preferences before pressing the play button. And I like cover more. No, it doesn’t mean that I don’t like the original! Just as a modern young man living in 2021 I better feel and understand modern sound.

And also I could never know the original without this track. So I think, the new cover by Funktastic Players is a good bridge between generations!

‘Get Up Offa That Thing’ is not the only song on ‘This CD Is On Fire!’. Four original tracks follow the opening cover. Funky mood is guaranteed!