Funktastic Players: “It’s a part of me that’s always been there”

Not long ago we made a post about ‘Check It Out Y’all Remix’ by Funktastic Players – a project of David Williams, who defines it as “the perfect blend of 70’s soul, 80’s hip hop and contemporary jazz!”. Now David told us about his way from producing rap in 80s to Funktastic Players.

In your press-release you say that you’ve started as an MC/DJ and spent a great deal of your early years producing rap acts. Was it your own rap or did you produce musical arrangements for other rappers?

Back in the 80s I worked for a record label called Jamm City Records. I wrote for and produced several groups. Level 4, MC –EC, Dominant Force and a female vocalist named Delilah to name a few. In the 90s I worked for Eco USA and produced a song entitled More Babies Having Babies by the Black Rebels.. I also worked for BNTB Studio and MADD Trax Records. While there I wrote for and produced  Rip Washington, Cine the G, Angie, Casion Don and produced MADD Trax volume 1 and 2 (a collection of club and hip-hop instrumentals). I also created my own sample collection called M.a.d.d Trax Representing Hip-Hop! There were eight CDs in the collection; MADD Trax Volume One, Two and Three, Phat-Sounds, Phat Loops, Wave Loops, Kicks and Snares and Bob-Ya-Head. By the mid-90s I and two of my childhood friends opened a 24 track studio called Platinum Vibe. Production work slowed down as I was the lead engineer. But I did produce a spoken word project for a female artist The Prophetess.

What kind of rap was that?

In the early 80s it was mostly drum machine and keyboard oriented stuff and the rap was east coast, new york style, radio friendly. In the 90s it was mostly loops and samples with me playing keyboard parts to fill in some of the gaps but the rap was still mostly radio friendly East Coast style. I didn't work with the hard-core, West Coast, kill the police crowd. That just wasn't me! Much of my early work can be found on YouTube.

How long did that period of your life take?

I would say about from 1982 to 1999. During those years I was also lead engineer at two different studios so I got a chance to engineer and mix a lot of projects most of which went nowhere but it kept my name out there and kept me on top of my game. I became the go to guy for independent artists and independent record labels. They couldn't afford the Teddy Riley's, the Baby Faces, or the Jam and Lewis but you could afford me!

Why was sampling not enough for you?

I know beat makers and other hip-hop producers might not want to hear this but I found that sampling held my creativity back! Slicing up other people's music limits what you can do with a track. I was always trying to find the perfect set of samples that would work together and over time it just became more and more frustrating. It was at that point I decided to leave sampling alone all together and just play the ideas that I had in my head instead of  using samples to create them. In short, I evolved! The next step for me was to learn how to get that vintage old 70s sound. That's what I've been doing ever since. I have been refining and improving that sound. I went from sampling old funk, soul and jazz records to playing my brand of funk soul and jazz and never looked back! 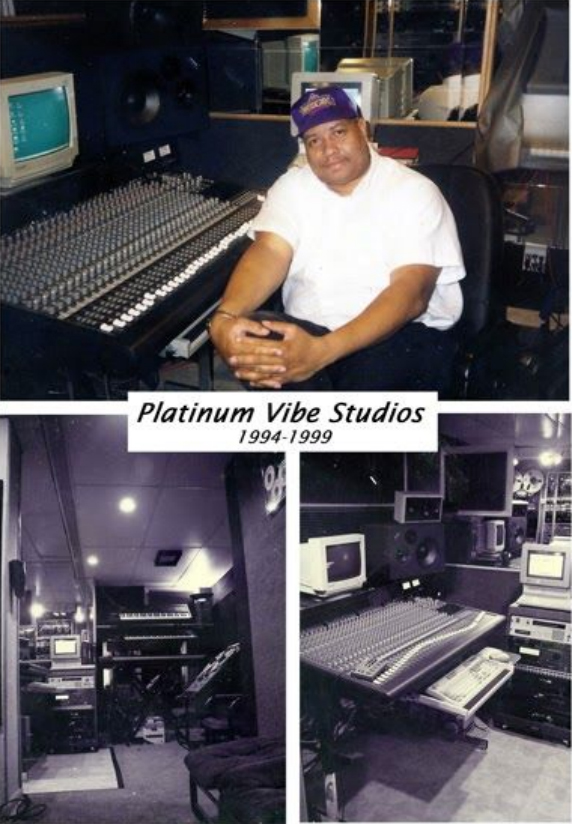 How did the understanding that now you are free to create the music you wish come to you? Did something happen or did this understanding come without any concrete reason?

As I had mentioned earlier I and two of my childhood friends opened Platinum Vibe Studios in 1994. The studio closed in 1999. At that point in my life I was totally fed up with the music business and decided I was done with it! For the next five years I wrote songs just for my amusement writing what I wanted and how I wanted. During that time I was collaborating with musicians in Europe exchanging files back and forth. In 2005 a good friend of mine showed up at my doorstep asking me to produce an album for him. Over the next 10 years I wrote and produced four albums with him; Back in the Day, Sophistication, Reflections and Hold on to Love. That situation eventually ran its course and in 2013 I found myself free again to do the music I wanted to do the way I wanted to do it. That's when I started the Funktastic Players.

How do you create your music now? Is Funktastic Players a one-man project or a group, or, maybe, you use session musicians?

I have my own home studio and write and create everything there. The Funktastic Players is really just me and session musicians that I bring in depending on the project. At times I collaborate with a very close friend who I've been writing music with for over 25 years. Together we wrote the Funktastic Players first album entitled Generations. He also played keyboards on my latest release Check It out Y'all Remix. 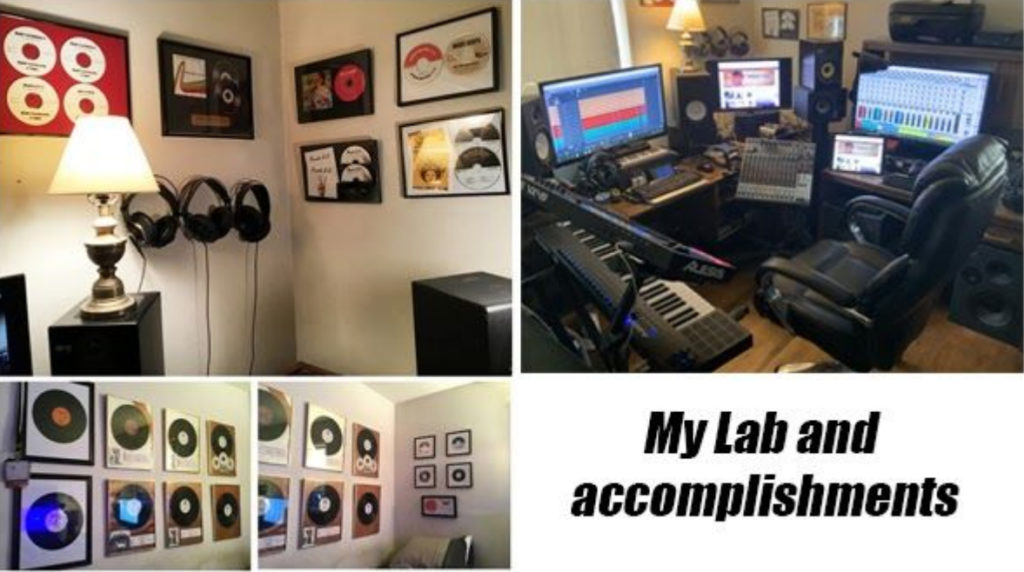 The music is written to sound like a band but in actuality it’s mostly me. I have a close-knit group of guys that I’ve been working with for several years now and I bring them in when needed. I do all the arrangements except for the lead

How much time and investments could the building of a brand take?

To begin with I do everything. I write and produce the music, mix it, master it and above all else pay for it. Because I can do the entire process I save lots of money by not having to hire work out. That also includes the video. At one time I was using a video service but now I produce and edit all my videos in house. I’ve been building the Funktastic Players brand for six years now and have spent thousands of dollars to get it to where it is now. When you are an independent artist working on a limited budget it just takes time to draw attention to what you’re doing. There are no shortcuts! 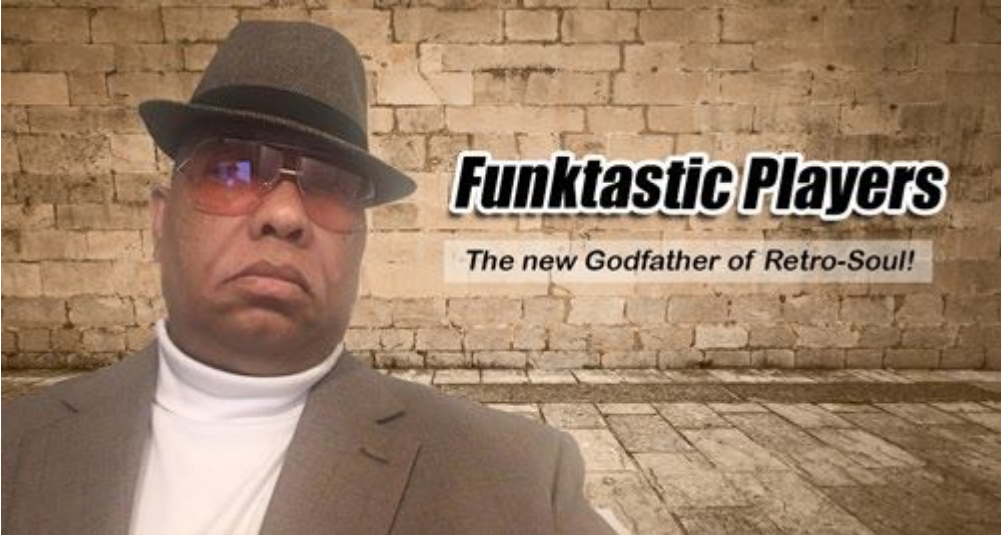 I invest in distribution, video clips, marketing and PR with the goal of one day putting the Funktastic Players in front of a live audience in a midsize venue (300 to 500 seats). For 10 years I worked with and managed a male vocalist and experienced the ins and outs of the live performance side of the business. I don’t have that burning passion to perform like most musicians do. I’m first and foremost a record producer and am willing to wait for the right time to put a band together and perform.

Music is not something I do, it’s really who I am. It’s a part of me that’s always been there and I suspect always will. That’s why I have been doing this for most of my adult life. While others have come and gone I’m still here doing what I love, doing what I’m passionate about and doing it my way!

What do you prefer to do when you have free time?

I’m really not inspired by people or events. I get my inspiration from old school jazz, funk and soul from the 70s. I love listening to contemporary jazz even though my style is slightly different from what you hear on radio. If Maceo Parker, A Tribe Called Quest and Gerald Albright formed a band that would best describe the mighty Funktastic Players. I’ve been influenced by Fred Wesley and the JB’s, the Brand-New Heavies, Incognito, Brian Culbertson, Chops N Soul and the Unwrapped Band to name a few.

What is the message of your music?

When people listen to my music I hope they hear elements of a bygone era when music was real and made you smile. 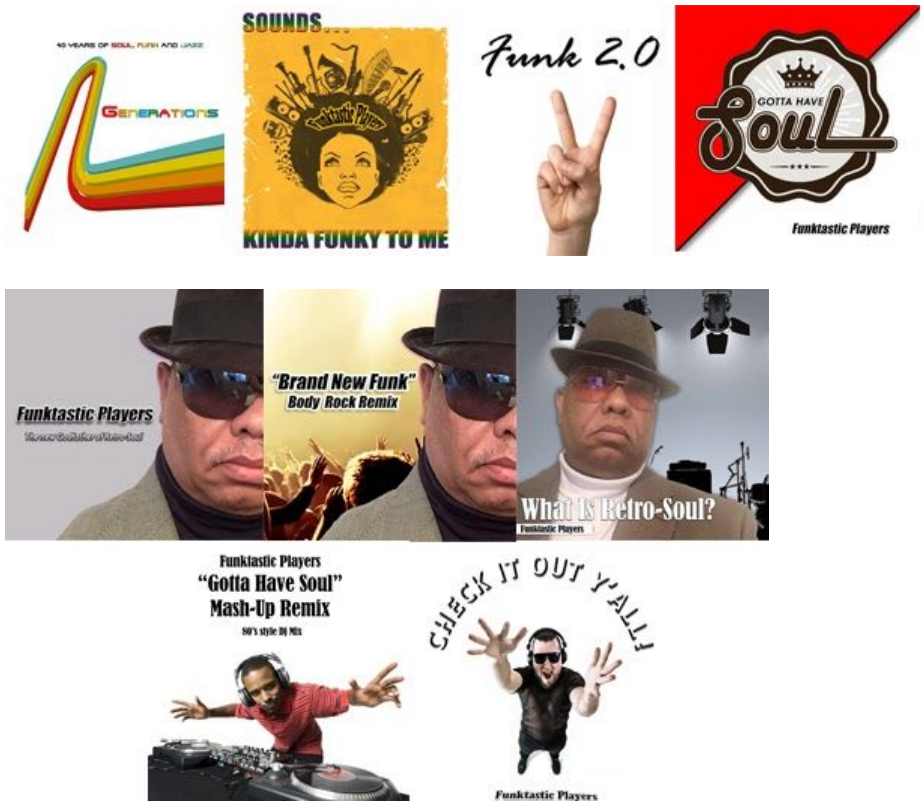 Rubim de Toledo: “You must be a fair and just bandleader”